When Did You Last See Your Father?

Directed by Anand Tucker
A sensitive and compelling exploration of a troubled father-son relationship with universal themes.

In the 1950s, Arthur (Jim Broadbent), a country physician in England, is on the way to the races in his car with his wife Kim (Juliet Stevenson) and two young children. Caught in a traffic jam, he refuses to wait patiently but drives down the side of the road ahead of all the other cars, then tells one of his "minor duplicities" to get in through a restricted gate. It is a perfect illustration of the pride and entitlement of this brash and egocentric man who is willing to break the rules and do whatever it takes to get what he wants.

In 1989, this incident is a flashback in the mind of his middle-aged son Blake (Colin Firth), who has grown up to become a published poet and writer. Of course, Arthur always wanted him to follow his footsteps into a medical career. At a dinner where he is given an award, Blake is once again overshadowed by his father who loves being the life of the party telling stories or jokes.

Many more memories and regrets from the past surface when Arthur is diagnosed with terminal cancer. As a boy Blake (Bradley Johnson) is troubled by the amount of time Arthur spends with a family friend, Beaty (Sarah Lancashire), while his mother stays at home with one of her migraine headaches. On an outing, he, his sister, and Beaty's daughter are told to go for a walk. Blake climbs a tree to spy on his father and falls to the ground cutting his arm. Returning to the car for help, he sees Arthur and Beaty sharing some kind of intimacy. His father scolds him for sneaking up on them.

As a teenager, Blake (Matthew Beard) is in full rebellion against his domineering dad who constantly criticizes him for his penchant for reading and his social awkwardness. On a family holiday, Arthur flirts with a pretty hostess and embarrasses his son at the table with a practical joke. Blake, who thinks his father is attracted to Sandra (Elaine Cassidy), a Scottish au pair girl, has an affair with her himself.

Back in the present, he still can't communicate his feelings to his father. As the old man lies in bed slowly dying, they never manage to have a serious talk about the past and their troubled relationship. It is clear from Arthur's words, however, that he feels blessed to have had such a wonderful wife, son, and daughter.

When Did You Last See Your Father? is directed by Anand Tucker (Hilary and Jackie) based on a novel by Blake Morrison. The subtle and complex screenplay by David Nicholis conveys the inner dynamics of the complicated father-son relationship at the heart of the drama. While on the deathwatch with his mother and sister, Blake takes a trip down memory lane, recalling both a disastrous camping trip and an exhilarating experience learning to drive his father's car on the beach. Blake's anger toward Arthur's infidelities and his need to always be center-stage consumes him and he closes out his own loving wife (Gina McKee) when she tries to support him during this tense period in his life.

When Did You Last See Your Father? will connect with anyone who has experienced how an elderly parent's words of criticism can plunge a middle-aged adult into a sea of painful memories. The trick is to find a way to see our parents as whole human beings, with all their remarkable gifts, exasperating flaws, and puzzling idiosyncracies. The reward comes from being able to both respect and love them as rounded and vulnerable people just like us. This touching and heart-felt drama shows us how it's done.

Special DVD features include a commentary with director Anand Tucker and deleted scenes. 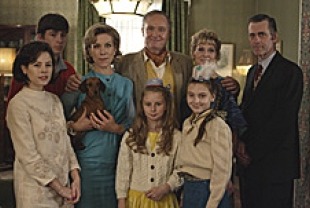 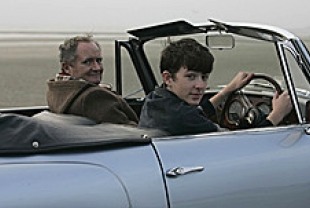 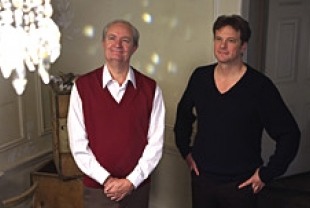