Directed by Olivier Meyrou
Celebrates a cathartic act of forgiveness and reconciliation by a grieving family whose gay son was brutally murdered.

In 2002, three French neofascist skinheads went out looking for an Arab to attack but instead happened upon Francois Chenu, a 29-year-old gay man. He refused to deny his sexual orientation and was viciously beaten and thrown unconscious in a pond, where he drowned. With no explaining voiceover, French documentary filmmaker Oliver Meyrou plunges us into the grief of his father, mother, and sister "730 days after the murder." They are still having a hard time coming to terms with the loss of Francois and the violent and senseless way in which he died.

Meyrou includes interviews with prosecution and defense lawyers who talk about hate crimes, the violence of the youths involved, and the responses of their families. After the trial and sentencing, the Chenu family reads a letter they sent to the youths who murdered their son in which they advise them to move beyond hatred. It is a very healing act which contains a genuine sense of forgiveness and reconciliation. In a world where hatred and revenge are both tolerated and lionized, this documentary shows that there is another path that can be taken, one that cherishes and reverences human life no matter what. This documentary is highly recommended for its positive modeling of the spiritual practice of forgiveness. 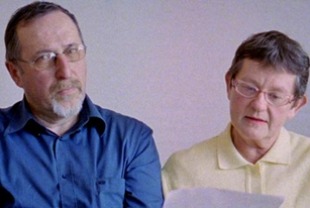