The X-Files: I Want to Believe

Directed by Chris Carter
A compelling supernatural thriller with Scully and Mulder peering into the darkness and trying to fathom the inexplicable.

A female FBI agent is missing in West Virginia and the Agency has called upon Father Joe (Billy Connolly), a psychic, to assist in the search for her. Feeling the need for more help determining whether the psychic is wasting their time, Agent Dakota Whitney (Amanda Peet) calls upon Dana Scully (Gillian Anderson), now working as a physician at a hospital, to enlist the support of former agent Fox Mulder (David Duchovny). He had been shabbily treated by the Agency despite all the years of working on difficult and complex cases dealing with the paranormal and the supernatural. Mulder is now a recluse, still angry at and distrustful of the FBI. But duty calls him back into the fray. Although Scully is trying to save the life of a boy with a terminal brain disease, she agrees to join her old partner for this case.

Father Joe discovers a body part in a field but Agent Mosley Drummy (Alvin "Xzibit" Joiner) thinks he is a fraud and might even be a suspect. Scully immediately is repulsed by the priest because he is a convicted pedophile. That leaves Mulder as the only true believer in his psychic abilities. The case grows more complicated when another local woman vanishes without a trace. Mulder and Scully tangle with their mixed feelings about being caught up in another mystery that seems to involve inexplicable evil. He wants to believe in parapsychology, but even his faith is challenged as he gets further into the investigation.

Writer and director Chris Carter has fashioned a morality play that examines psychic powers, the value of stem cell research, the need to persevere, and the power of forgiveness. Anderson and Duchovny have real chemistry on the screen, and fans of the television series that ran for nine years will be pleased to see these old friends caught in another baffling case. Billy Connolly shines as the priest with the terrible past and days filled with troubling visions. He struggles with his psychic gift and does not know whether it is working to promote good or evil. When Scully says, "I can't look into the darkness anymore," we know what she means. Is it stubbornness, fearlessness, or a need to save others that drives Mulder? See for yourself. 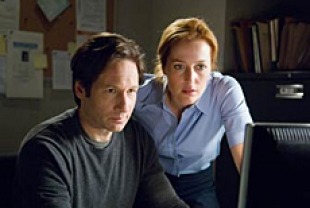 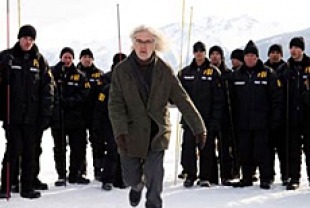 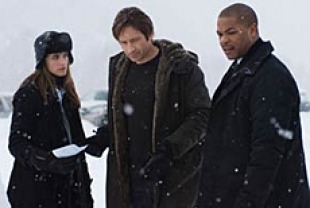