Directed by Charlie Kaufman
An creative dramatization of the midlife crisis of a theater director whose fear of death compels him into a mammoth project to give his life meaning.

Caden Cotard (Philip Seymour Hoffman) is a 40-year-old local theater director in Schenectady, New York, whose life is falling apart. His wife Adele (Catherine Keener), who creates miniature art masterpieces, has taken their young daughter Olive (Sadie Goldstein) and moved to Berlin with her best friend Maria (Jennifer Jason Leigh), whom he can't stand. She's the kind of person who when he asks her if he's disappointed her, replies bluntly, "Everyone is disappointing."

A mysterious physical condition is closing down Caden's autonomic functions, and Caden is convinced that his death is imminent. He turns to his therapist Madeleine Gravis (Hope Davis) but she is more interested in pitching her books to him than in giving any real help. Desperate for some human connection, Caden starts a romantic relationship with Hazel (Samantha Morton) but finds himself thinking more and more about his wife.

This theater director is given a new lease on life when he receives a prestigious MacArthur "Genius" fellowship. Caden uses the money to create a prodigious project which he hopes will give meaning to his life. He gathers a huge cast of actors and begins constructing a replica of New York City in a gigantic warehouse. The idea is to have the cast explore all the truths not spoken amidst the mundane details of their lives. If we're all hurtling toward death, what does it mean?

To keep the demons of loneliness at bay, Caden marries Claire (Michelle Williams), an actress who is gaga over him. Sammy (Tom Noonan), a man who has been following Caden around for 20 years, is hired to play him in the drama. To complicate matters even more, Tammy (Emily Watson) joins the cast to play Hazel, and he winds up with sexual feelings for her as well.

The years pass, and the play gathers momentum but is not completed. Caden meets his grown-up daughter (Robin Weigert), a tattooed lady whose attitudes toward him have been twisted by Maria in Berlin. When he runs out of energy to carry on, Millicent Weems (Dianne Wiest), a veteran thespian, volunteers to direct the mammoth project.

Synecdoche, New York marks Charlie Kaufman's debut as a film director. He has gathered many fans with his imaginative screenplays of Being John Malkovich and Eternal Sunshine of the Spotless Mind, for which he won an Academy Award. But only extremely adventuresome filmgoers will be able to patiently endure all the time shifts, multiple storylines and bizarre fantasy elements here, such as Hazel's domicile which is always on fire.

Still, in spite of the cluttered nature of the story, Kaufman keeps us watching since we are all haunted by the fear of physical deterioration and death, and we all harbor the hope that we can do something meaningful with our lives before it's too late. Hoffman pulls out all the stops in his depiction of the manifold emotional, sexual, and artistic challenges that Caden faces in middle-age. Watching him squirm, we tally up our own losses and think about what we might leave behind as our legacy.

Special DVD features include "In and Around Synecdoche, New York"; "The Story of Caden Cotard: In Conversation with Philip Seymour Hoffman"; "Infectious Diseases in Cattle: Blogger's Roundtable"; screen animations; and an NFTS/Script Masterclass with director Charlie Kaufman. 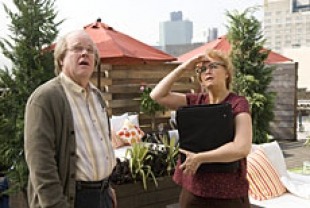 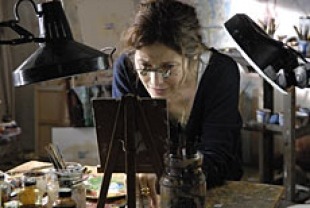 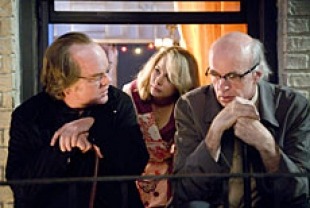 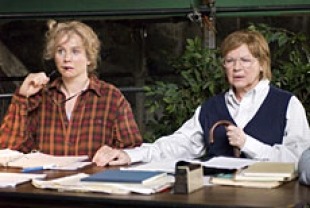