He's Just Not That Into You

Directed by Ken Kwapis
Nine twenty- and thirtysomethings in Baltimore wrestle with the mysteries and misunderstandings of sexual politics.

Ken Kwapis (The Sisterhood of the Traveling Pants) directs this romantic comedy adapted by Abby Kohn and Marc Silverstein from a popular book by Greg Behrendt and Liz Tuccillo. It is set in contemporary Baltimore where nine twenty- and thirtysomethings struggle with relationships and try to find love and fulfillment. Many of the characters are quite shallow and a few very selfish; what they have in common is a yearning for meaningful intimacy in a fast-paced urban setting.

Gigi (Ginnifer Goodwin) desperately wants to find the right guy and does everything she can to prove herself to random dates. She meets Conor (Kevin Connolly), a real estate agent, at a bar and thinks that he is interested in seeing her again. But he is attracted to Anna (Scarlett Johansson), an aspiring singer who sees him as nothing more than a friend. She meets Ben (Bradley Cooper) in a store and goes gaga over him. It turns out that he is married to Janine (Jennifer Connelly) but they haven't had sex for years. Ben is friends with Neil (Ben Affleck) who has lived with Beth (Jennifer Aniston) for seven years. She wants to get married and he refuses, so she walks away from the relationship. Then there is Mary (Drew Barrymore), an ad manager for a gay Baltimore magazine who tries to connect with men over the Internet.

The one person in this group who tells himself that he has a handle on sexual politics and knows how to read the signs of dating is Alex (Justin Long), a restaurant manager. He takes a special interest in Gigi and her predicament. For instance, angsting over a call from Conor, she says: "Maybe he called me and I didn't get the message. Or maybe he lost my number, or was out of town, or was hit by a cab, or his grandma died." To which Alex replies forcefully: "Or maybe he just didn't call because he had no interest in seeing you again."

There are a few laughs to be had here and the characters are likable enough despite their flaws and foibles. Sexual politics changes venues each decade and one excess or another seems to take over, but underneath it all is the same mystery that plays itself out in all intimate relationships. He's Just Not That Into You honors that mystery.

Special features on the DVD include additional scenes with an optional commentary by director Ken Kwapis. 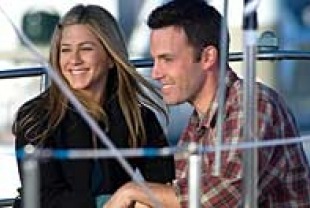 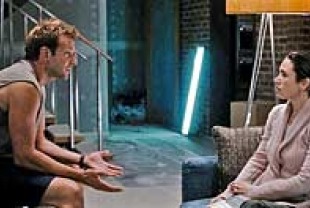 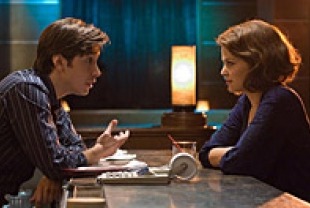