Directed by Lucrecia Martel
A parabolic Argentine film about a woman who proves that the rich can get away with murder.

In the opening scene of this Argentine film, four young boys are running along the highway with their dog. They are bursting with explosive and playful energy. Meanwhile, Veronica (Maria Onetto), a wealthy middle-aged woman who runs a dental clinic with her brother, leaves a circle of friends at a gathering and heads down the highway alone in her car. While groping for her cellphone, she feels a thud and is convinced that she has run over something. Veronica stops the car and is frozen in fear. She looks out the rearview mirror and thinks she sees the body of a dog but can't be sure. What she doesn't do is look under or around the car for a human body. She drives away instead.

Veronica is X-rayed at the hospital, and her husband, Marcos (Cesar Bordon), notices that she is completely disoriented, almost in a daze. She later confides in him that she thinks she may have killed someone. Juan Manuel (Daniel Genoud), her husband's cousin, with whom she has recently had a fling, uses his connections with the police to find out whether there have been any reports of a body found on the highway. The answer is no but a week later, one is pulled out of the canal. Her extended family surrounds the disoriented Veronica and covers all tracks of her activity that terrible day: her X-rays and room records are removed from the hospital and her car is repaired.

This is the third film directed by Lucrecia Martel: La Cienaga, and The Holy Girl were both startlingly fresh and memorable. The Headless Woman is a parabolic drama that tells us something everybody knows but barely acknowledges: the rich get away with murder. The filmmaker makes the most of little nuances which reveal the great gap between the rich and those who serve them in so many ways. Veronica moves slowly from a feeling of guilt to a sense that everything has been taken care of by the powerful men in her privileged life. By the time she has changed the color of her hair, this woman has stepped back into her old unruffled life of entitlement. 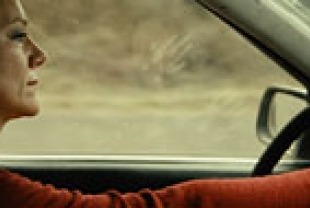 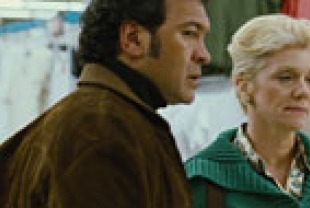