Directed by Lukas Moodysson
A drama focused on the universal desire of both the rich and the poor for a loving connection with their children and obstacles which hinder that intimacy.

The intriguing and effective structure of this global-hopping drama resembles Babel in its thematic richness. There are three stories set in the United States, Thailand, and the Philippines. Leo (Gael Garcia Bernal) and Ellen (Michelle Williams) live in New York City with their precocious eight-year-old daughter Jackie (Sophie Nyweide). He is a very successful video-game designer, and she is an emergency room doctor. They have provided their child with all that money can buy; for example, when Jackie takes an interest in astronomy, her mother purchases her a fancy telescope. When they are together as a family, one would think that they are indeed a happy clan. But pulled apart by circumstances beyond their control, trouble surfaces in both Leo and Ellen.

Leo heads off on a fancy private plane for an important financial meeting in Bangkok with his business partner (Tom McCarthy). He soon gets bored when there is a hitch in the negotiations and so he goes to an island bungalow for some rest and relaxation at the beach. There Leo meets Cookie (Run Srinikornchot), a pretty bargirl who is trying to earn money to support her young child.

Back in New York, Ellen tries to cope with the stress of a serious operation on a boy who was stabbed by his mother. She saves his life on the operating table but finds herself mysteriously drawn to his plight. Ellen is feeling slighted by Jackie who has developed a very close relationship with Gloria (Marife Necesito), her Filipino nanny. This gracious woman is teaching the little girl her native language.

Gloria misses her two sons, ten-year-old Salvador (Jan Nicdao) and seven-year-old Manuel (Martin Delos Santos), and is especially bereft when she hears on the phone that they desperately want her to come home. In an effort to show Salvador that things aren't so bad, Gloria's mother takes him on a tour of the mean streets of the city and to see a garbage dump where people scrounge for food and other valuables.

In his sixth feature film (Together, Lilya 4-Ever) and his English language debut, Swedish writer and director Lukas Moodysson has crafted a multileveled drama on the gap between the rich and the poor and the one tie that binds them together: a parent's love for his/her children and a desire for them to inherit a more peaceful and meaningful future. Moodysson is a masterful mood maker and this magical touch shines through the following scenes: the gift of an expensive pen made from the tusk of a wooly mammoth, a visit to the Museum of Natural History where there is a discussion of Jupiter, a close-encounter with an elephant, the purchase of a toy in New York City which is sent back to the Philippines where it was made, and the loneliness that overtakes one of the characters as she wanders in her luxurious Soho loft. What unites the haves and the have-nots in Mammoth is their yearning for a loving and intimate connection with their children. That universal desire comes through loud and clear in this astonishing film. 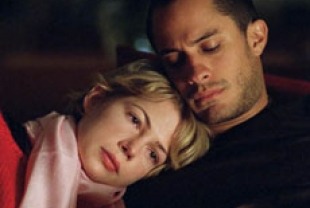