Directed by Stephane Brize
An exquisite French film about an extramarital romance which opens two lovers to fresh territory inside themselves they have never explored before.

Jean (Vincent Lindon) is a home builder who lives in a small French town with his wife Anne-Marie (Aure Atika) and his young son. He is a man of few words who enjoys working with his hands. Jean also has a nurturing side which comes out in his loving relationship with his father. In a very touching scene, he washes the old man's feet since he cannot bend to do it himself.

When Anne-Marie injures her back at the printing factory where she works, Jean goes to the elementary school to pick up his son. There he meets the boy's teacher, Veronique Chambon (Sandrine Kiberlain). She asks him to speak to the class about his job. Jean agrees although he feels uncomfortable about doing something so out of the ordinary for him.

The speech goes well and the kids ask Jean lots of questions about his work. For the first time in his life, he is able to eloquently talk about what moves him in his daily labors and how he feels a sense of pride and accomplishment in building a place that will become a home for a family. Veronique invites Jean to her apartment to examine a drafty window. He says he can fix it, so she hires him for the job.

Veronique is attracted to this gentle and rugged married man but is hobbled by her own shyness and loneliness. In a telling sequence where her mother calls and leaves a message, we sense the defeat and failure Veronique feels when compared to a talented and happily married sister. A sadness seems to envelop this fine teacher who works well with children but has missed the mark in personal relationships.

When Jean arrives to replace the window, he sees a violin in the room and asks Veronique to play for him. She is reluctant at first but then agrees as long as she is able to turn her back to him. Veronique plays a piece by Franz von Vecsey, a Hungarian composer, and Jean is deeply moved by it. Afterwards, the two embrace and kiss with a tenderness and yearning so intense that they both realize that they can go no further.

Jean leaves but cannot get Veronique out of his mind. She is on the same wavelength and even boldly visits him at a construction site. At home Anne-Marie senses that something is amiss in their marriage but he refuses to say what has changed in him.

Mademoiselle Chambon is an exquisite and well-acted French film directed by Stephane Brize. There isn't a wasted moment in this subtle and slowly unfolding story of an extramarital romance. Both Jean and Veronique are opened to fresh territory inside themselves that they had not explored before. And their lives are enriched by what happens between them. Vincent Lindon and Sandrine Kiberlain give stellar nuanced performances which make the most out small moments that signal the soundings of the heart.

Special features on the DVD include an interview with director Stéphane Brizé; deleted scenes with an introduction by film critic Stephanie Goudet; and a stills gallery. 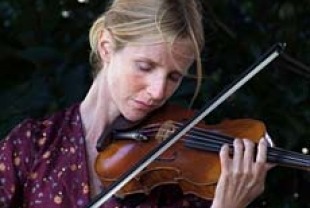 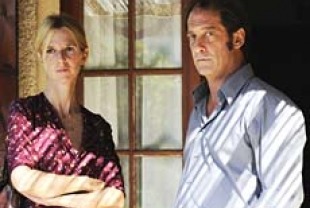