Directed by Daniele Thompson
A French film about the messy and perplexing dimensions of mid-life crises and the different ways people deal with them.

The mid-life crisis draws many into a dizzy spin of desire and dread. Marriages suddenly fall apart, husbands and wives are eager to have sex with strangers or friends and acquaintances. Secrecy becomes a way of life and changes those who cling to it as if it were a life raft. Danièle Thompson, the French director of Avenue Montaigne and La Buche, delves into the mid-life crisis experienced by group of eleven friends who meet once a year for a fabulous dinner party where they share their experiences. Thompson considers how fate often intervenes and compels us to change our plans and take a walk into the dark.

ML (Karin Viard) hosts the first dinner party at her house, and Piotr (Dany Boon), her stay-at-home husband, is the cook. She is a high powered lawyer who tries to get rid of her excess energy at a flamenco class led by Manuela (Blanca Li). When her husband invites her jilted lover Jean-Louis (Laurent Stocker) to the meal, she asks Manuela to join them in order the balance the couples. As one would expect, there are a number of complications including guests getting caught in a traffic jam created by a music festival on the streets of the city.

Among the guests are Melanie (Marina Fois), a gynecologist who is married to Alain (Patrick Bruel), an oncologist who is having a hard time dealing with his terminally ill patients. His wife, who has prayed at church for God's guidance, is contemplating a divorce after carrying on an affair. ML's younger sister Juliette (Marina Hands) is an actress accompanied by Erwann (Patrick Chesnais), another actor known for his television ads. When she learns that her estranged father is in town, Juliette is petrified at the thought of seeing him. She has not forgiven him for what he did to her mother. In one of the most surprising developments of the gathering, Erwann goes for a cigarette and bumps into Juliette's father. They hit it off and secretly dance together while listening to some oldies but goodies. Lucas (Christopher Thompson), a divorce lawyer, cannot abide his out-of-control wife, Sarah (Emmanuelle Seigner), who turns out to have known Piotr in the past. Oddly enough, her husband is trying to convince ML to join his firm. But she discovers a surprise that neither she nor her husband had planned.

When we were teenagers, most of us wanted to "break on through to the other side," as the rock singer Jim Morrison of the Doors put it in one of his youth anthems. In middle-age, we yearn to break out of the prisons we are in — whether it's a marriage that is no longer working, or the tedious routines of family life, or a meaningless job. It is easy to blame others for our trapped feeling, but it lies within our power to set a new course for ourselves — as several of the characters do in Change of Plans. The filmmakers make it clear that mid-life crises are both messy and perplexing. It always is when desire is orchestrating our actions. 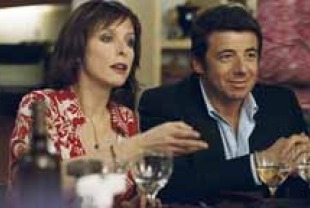 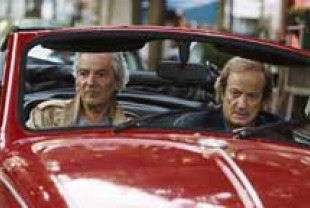