Directed by Mel Damski
A wonderfully crafted coming-of-age drama about the love that can heal the brokenness of an estranged family.

Cal Chetley (Devon Graye), a bright 15-year-old, lives with his widowed mother, Sharon (Patricia Clarkson), in the working-class town of Sallisaw, Oklahoma, where he is an outsider at school. Luli (Madeleine Martin), the girl who lives next door, is his best friend. Cal hasn't seen his older brother, Mike (John Cena), since the death of their father 10 years ago in a tragic car accident. Mike and his father were legends in high-school and college wrestling, and Sharon is hoping that Cal will choose another path to find the happiness he deserves. But Cal wants to square off against his greatest fears and test himself in an arena where he feels awkward and inexperienced, so he joins the high-school wrestling team in the 135-pound division.

Cal also has a spiritual project in mind: he travels to the place where his estranged brother Mike lives, hoping to get him to tutor him in the art of wrestling. But this depressed and angry young man who drinks his days into a blur refuses to help. Cal returns home defeated. But he has an ally and wise advisor in the person of Harry "Red" Newman (Danny Glover); they chat regularly down by the lake where the old man fishes. Things turn around for Cal when Mike agrees to train him and suddenly a whole new realm of possibilities opens.Mel Damski directs this transformative coming-of-age drama that touches the heart with its appealing characters and moral uplift. The screenplay by John Posey gives us three family members to root for as they struggle to overcome the misunderstanding, guilt, and grief that has driven them apart. It is fascinating to watch as Cal tries to bring his brother back into the land of the living and to reunite him with their mother who has been residing in a self-made prison. In return, Mike passes on the mental and physical tricks of the trade to his younger brother, while Red challenges Cal to follow his conscience and to bring his best to the sport. Of course, Luli and eventually Sharon are there to cheer on this underdog who surprises everyone with his fierce tenacity in the ring. Legendary shows us that love is deeper and stronger than the brokenness of an estranged family and that it can miraculously heal wounds that seem permanent.

Special features on the 2-disc special edition DVD set include deleted scenes; "Big Brother is Coaching": on set with John Cena; “Technical falls & follies”: the bloopers & fun; Devon & Tyler's first foray into wrestling; Matt to the mic: the making of "Hustle Loyalty Respects": an inside look at John Cena recording the song; and a photo gallery. The second disc has more than 2 hours of additional content. Relive recent history as John Cena takes you through 90 minutes of WWE's most legendary events including the Launch of Austin era, Shawn Michaels' retirement, D-Generation X's invasion of WCW, WWE's annual Tribute to the Troops event, and much more. 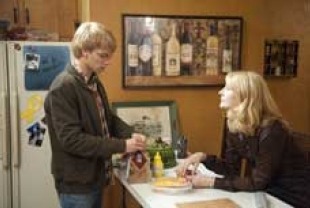 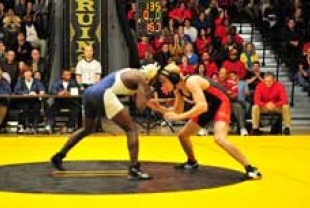