Directed by Tony Goldwyn
The incredible true story of a crusading sister and the love that animates her 18-year fight to free her brother from prison.

Strife comes to mind when we talk about siblings. Yet 82 percent of American brothers and sisters typically spend their early years interacting more with each other than with non-family. They compete for parental attention and begin to establish their own identities. Despite the conflicts, the relationships between brothers and sisters are the longest lasting many of us will experience. And as time goes on, we keep in touch, share memories, and keep the heart flame alive for each other. Conviction is a true story of a sister's love for her brother that is so radical and astonishing that it takes one's breath away. There is a spiritual quality to this rare kind of kinship; it includes self-sacrifice, loyalty, and total commitment.

Kenny (Tobias Campbell) and Betty Anne Waters (Bailee Madison) forge their intimate ties as young children with an absent father and an uncaring mother. Through circumstances beyond their control, they stand by each other in times of trouble and come to trust each other completely. Yet despite their closeness, they are sent to different foster homes.

Years later, they both live in Ayer, Massachusetts, and are married with kids. Adult Kenny (Sam Rockwell) is a rowdy fellow who frequently gets into fights and harbors deep resentments towards anyone who tries to inhibit his freedom. His sister Betty Anne (Hilary Swank) is a high school dropout trying to raise two sons. Her life is transformed in 1983 when Kenny is found guilty of the 1980 murder of a local woman who was maliciously stabbed to death. Serving a life sentence, he maintains his innocence. Betty Anne believes him and makes up her mind to do whatever it takes to rectify this egregious injustice. She returns to school, goes on to college, and then enters law school. This crusade to free her brother is not without costs: her husband leaves her and she spends a lot of her spare time trying to prove her love for her sons, when all they can see is a person giving all she's got for her brother.

After passing the Bar exam, Betty Anne and her best friend Abra (Minnie Driver) set out to locate the missing evidence which convicted Kenny. They also convince Barry Scheck (Peter Gallagher) of the Innocence Project to help them use DNA tests to overturn the conviction. In the process, they track down the arresting officer (Melissa Leo) and the two women who testified against Kenny — Roseanna Perry (Juliette Lewis) and Kenny's ex-wife (Karen Young).

Tony Goldwyn directs this riveting drama and elicits two intense and emotionally resonant performances from Hilary Swank and Sam Rockwell as the crusading sister and her anxious brother, who swings from elation to depression depending on his mood. At one point, he even attempts suicide and Betty Anne elicits a promise from him to stay alive and let her do the necessary legal work to set him free. The drama covers 18 years and is a testament to the immense love that animates this woman to devote a large slice of her life to helping her brother.

Special features on the DVD include a conversation with director Tony Goldwyn and Betty Anne Waters. 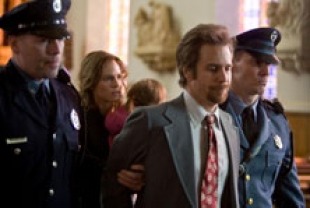 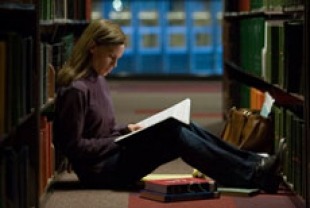 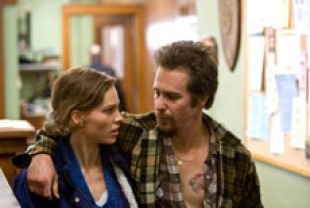 R- language and some violent images