Directed by Urszula Antoniak
A rich and rewarding exploration of the luxury of solitude in the lives of two strangers who both love being alone.

For some people solitude is the supreme luxury of life. They cannot wait to get away from the crowd, the deadlines, and the stress that characterizes city life. They revel in the chance to be by themselves and explore the inner realms of emotions and feelings. Those who are not frightened of being alone often say that they are more open to the mysteries of the natural world during these periods of solitude. They love the peace and the quiet of the evening, sitting in the dark, or peering into the dazzling night sky, and yet they admit that their yearning for connection with others is an important part of their lives. These two impulses are like tides that roll in and out of our days. All of this and more is explored in Nothing Personal, a meditative and memorable film written and directed by Urszula Antoniak.

An unnamed woman (Lotte Verbeek) in Holland looks down from the window of her empty flat and sees people searching through her personal belongings and furniture. She removes the wedding ring from her finger and, next, we see her on the road hitchhiking. During the night, she sleeps by the sea or in a field in her tent. In Ireland, she looks through a trashcan for food and then scoffs at a mother with family who asks if she needs any help. She barely escapes a young man in a car who wants to use her as part of his sexual fantasy. Exhausted from her journey, she arrives at an isolated house inhabited and owned by Martin (Stephen Rea), a very resourceful loner who has found a way to reap the bounties of solitude.

He offers the young, red-haired woman some food in exchange for garden work. She agrees, after letting him know that she doesn't want to talk about her life or reveal her name. Martin is pleased with the work she does in the garden, and they both enjoy healthy meals he prepares from the crops. She eats and sleeps outside but finally succumbs to his invitation to stay in a room of her own. When Martin breaks the rule about questioning her, he must sing as punishment. That doesn't seem to bother the woman since she loves music.

In her first theatrical feature, writer and director Urszula Antoniak beautifully conveys the pleasure the woman stranger and the hermit take in the quietude of their lives together in his house near the sea. But at the same time, they are drawn to one another and the secrets of their identities. During her stay with Martin, the young woman's surliness evaporates and she relaxes into the routine of fieldwork, exquisite meals, music, and reading. But eventually keeping their mutual "nothing personal" arrangement proves to be very difficult. This remarkable film stands out as one of the best movies made about the spiritual dimensions of solitude. 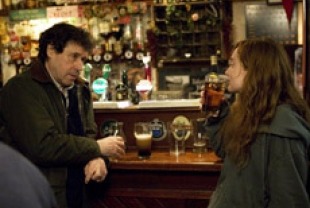 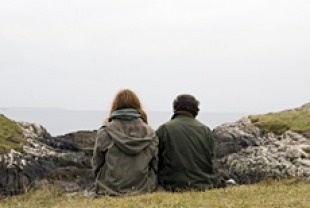