Directed by Peter Weir
A World War II prison break, survival, and morality tale about the power of forgiveness as an ideal to animate a lifetime.

In 1939 Janusz (Jim Sturgess), a Polish officer, is a captured by the Soviet Red Army, interrogated, and tortured. His wife signs a statement against him, and he is sent to Siberia. In prison, the men suffer in the cold, and the strongest among them are sent to work in the treacherous coal mines. Janusz is determined to escape and makes plans with Mr. Smith (Ed Harris), an enigmatic American engineer, and Valka (Colin Farrell), a Russian criminal who has great power in the Gulag. The others who are willing to risk their lives in the planned escape are the Poles (Alexandu Potocean and Sebastian Urzendowsky), a Latvian (Gustaf Skarsgard, and a Yugoslav (Dragos Bucur). These men are undeterred even after hearing the commandant of the camp inform them that "It is not our guns, our dogs, or our wire that forms your prison. Siberia is your prison."

The men each have their own motivation for escape; Janusz's is the compelling need to forgive his wife for testifying against him after she was tortured. With little food or equipment, the band of seven successfully escape the Soviet Gulag in 1940. Janusz's plan is to march on foot from Moscow to India with the intention of avoiding contact with others and surviving the obstacles nature throws against them. The group is fortunate to have Janusz as their leader since he is an experienced outdoorsman. Used to looking out for themselves, these men learn cooperation and working together as a team. Along the way after making it through the forests of Siberia, they take into their group a young female refugee, Irena (Saoirse Ronan), who makes friends with Mr. Smith and manages to draw out the men more than anyone else. They are all tested rigorously when the walk through the Gobi Desert and then trek over the mountains of Tibet.

Peter Weir directs The Way Back, his first film since Master and Commander: The Far Side of the World (2003). It was inspired by a novel by Slavomir Rawicz. As usual, this gifted and sensitive Australian director makes the most of the story's exploration of human nature under stress and in a survival mode. The most moving dimension is Janusz's ardent vow to locate his wife after World War II ends and release her from the prison of guilt she has been incarcerated in since she testified him.

Special features on the DVD include a behind-the-scenes featurette. 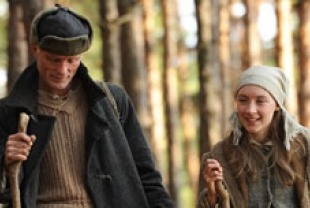 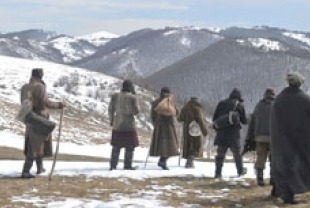 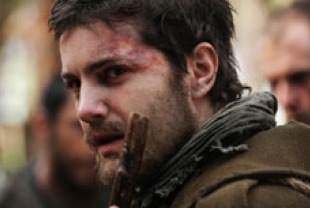 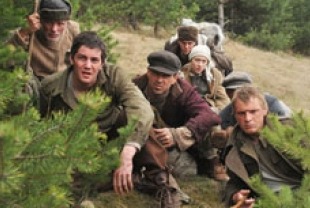