Directed by Greg Mottola
A frolicsome comedy in which two Englishmen encounter a smart, witty, and gifted extraterrestrial on their pilgrimage to famous UFO sites in America.

Graham Willy (Simon Pegg), an illustrator, and sci-fi writer Clive Gollings (Nick Frost) are two man-boys from England who are in San Diego for Comic-Con. At the convention they meet their idol, Adam Shadowchild (Jeffrey Tambor), who is underwhelmed by their adoration. Afterwards, they jump aboard their rented RV and begin a planned journey to see UFO sites from Nevada's Area 51 to Roswell, New Mexico. Their pilgrimage almost ends when they just miss crashing into a car that spins out of control on the highway. Paul (voiced by Seth Rogen), an extraterrestrial, emerges from it unscathed and offers them a ride.

Graham is absolutely delighted to be in the presence of a smart, witty, and gifted being from outer space. Clive doesn't take to Paul; he's jealous of the attention his buddy lavishes on this stranger. Both Englishmen are relived when they are told by the extraterrestrial that he has no intention of anally probing them.

Graham and Clive learn from Paul that he has been supplying the government with all kinds of data since he crashed into a field years ago. Now he is on his way to rejoin his mothership. But there is a problem. An agent (Jason Bateman) and two incompetent rookies are on his tail and want to stop him from escaping to his home planet. Moses Buggs (John Carroll Lynch), a fanatical Bible quoting Christian fundamentalist, is also following them in pursuit of his daughter Ruth (Kristen Wiig), who has joined the two Englishmen after Paul cured her clouded eye and liberated her from her enslavement to her father and his faith. Two rednecks whose van was smashed by Graham and Clive's RV are also in pursuit.

Greg Mottola directs this frolicsome comedy that lightly spoofs the sci-fi genre and UFO mania. In the advertising campaign Paul as a character is classified as a fugitive, a celebrity, a slacker, a joker, and an alien. He also turns out to be a very funny comedian and an extraordinary healer. Seth Rogen's vocalization of this extraterrestrial hits all the right notes and even touches our hearts when he asks for forgiveness and then provides access to a new life to a woman (Blythe Danner) he wronged in the past. Best of all in the humor department is Kristen Wiig's depiction of Ruth's private journey from dogmatic Christianity to swearing and pleasure in a romantic relationship with Graham.

Special features on the DVD include hilarious bloopers; the evolution of Paul; Simon's silly faces; who the hell is Adam Shadowchild?; a feature commentary; and galleries. 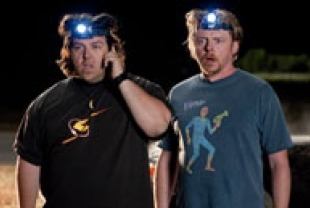 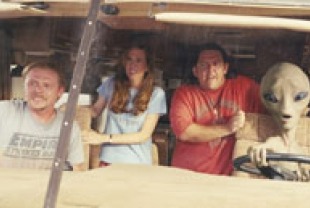 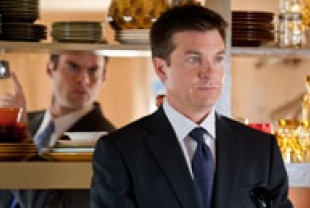 R - sexual language, some drug use