Directed by Justin Chadwick
An uplifting drama set in Kenya about a caring teacher who takes under her wings an 84-year-old man enrolled in her school to learn how to read.

In 2002, the Kenyan government announces free public education for all. Soon the classrooms are filled with young children eager to learn. In a school run by principal Jane Obinchu (Naomie Harris), there are only 50 desks for 200 students. Kimani N'gan'ga Maruge (Oliver Litondo) is an 84-year-old farmer who desperately wants to learn how to read. Since there is no one to teach him in his humble shack, he shows up at the gate of the school and requests permission to be allowed in — as a first-grade student. Obinchu is sympathetic to his plight but turns him away. Her colleague (Alfred Munyua) is less tolerant of Maruge who persists in his campaign to enter the school. When Obinchu finally allows the old man to join the other first graders, she knows in her bones that this will cause trouble. Her superior (Vusi Kunene) is against Maruge's enrollment and so are other angry parents in the community who disapprove of having an old man fraternizing with their children.

Justin Chadwick directs this inspiring and uplifting drama based on a true story. The screenplay writer Ann Peacock takes its time filling in the graphic and sometimes horrifying details of Marunge's participation as a young man in the Mau-Mau Rebellion against British colonial powers. He suffers mightily and can never forget the losses he was forced to endure.

Obinchu becomes this old man's champion as she privately teaches him how to read and tries to ignore the powerful forces against them. When she is transferred to a school 300 miles away, Maruge decides to organize student support for her return. Although we cheer every move that Oliver Litondo as the 84-year-old makes for freedom, it is Naomi Harris' heartfelt performance as the school principal that wins our greatest admiration. She is the caring, compassionate, sensitive, hospitable, and gracious teacher that many of us can remember from our childhoods. These dedicated individuals are heroes who forge the paths for the next generations. They deserve our praise and unending support. 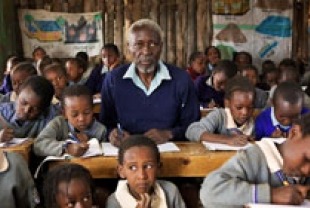 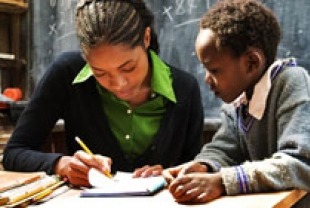 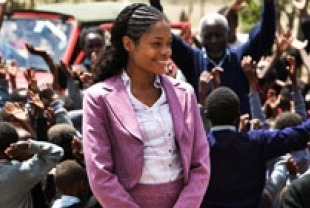