Directed by Joe Wright
A well-done thriller with fairy tale sequences, a surprising secret, and a 16-year-old girl who soldiers into the world.

Sixteen-year-old Hanna (Saoirse Ronan) lives alone with her widowed father Erik (Eric Bana) in the wilds of northern Finland. He is an ex-CIA agent who left years ago as a disenchanted rebel. He has home schooled his daughter, taught her to hunt, and trained her in the martial arts. She is a smart teenager who longs for a larger and deeper connection with the world but Erik does not want to let her go until she has become the perfect solider who can work with any situation and come out on top.

When her father does finally send her on her mission, Hanna is fit and eager to leave the quiet reserve in the wilderness. Erik plans to meet her in Berlin. But Hanna is captured by Marissa Wiegler (Cate Blanchett), an intelligence officer who holds the secret to Hanna's speed and agility. She gets an up-close and personal taste of the girl's phenomenal abilities when she manages to kill a large number of guards and escape from the seemingly impregnable CIA compound.

Hanna finds herself in the Moroccan desert where she is picked up by a family and befriended by Sophie (Jessica Barden), a British teenager on vacation. On a night out with them, she is entranced by the music, singing, and flamenco dancing of some gypsies. This is what she has missed in her isolated and highly regulated life in the wilderness. But there is very little time for such pleasures and delights of the senses. The obsessed Marissa sends a band of assassins to capture her and when they do not succeed, this amoral CIA agent shows up in Berlin.

Joe Wright directs this adrenaline pumping thriller and brings to it an aesthetic sensibility lacking in most other movies in this genre. He was at the helm of Pride and Prejudice and Atonement. Wright draws out a fine performance from Saoirse Ronan who was so impressive in Atonement. He also makes the most of the photography of Alwin Kuchler and the music by The Chemical Brothers. The fairy tale quality of this thriller works nicely with Hanna's coming-of-age experiences. Thanks to her unusual up-bringing and personal will-power, she is well-equipped to handle the secret of her true identity.

Special features on the DVD include: "Adapt or Die" - experience Saoirse Ronan's intense training to become the ultimate assassin; "Central Intelligence Allegory" - filmmakers and cast reveal their process for creating the wholly original spy film; "Chemical Reaction" - a look into the Chemical Brothers' approach to writing and scoring the stunning soundtrack; "The Wide World of Hanna" - experience with filmmakers icy Finland to scorching Morocco; an alternate ending; deleted scenes; and anatomy of a Scene: "The Escape from Camp G"; and a feature commentary with director Joe Wright. 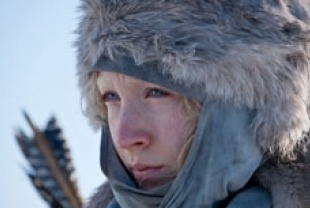 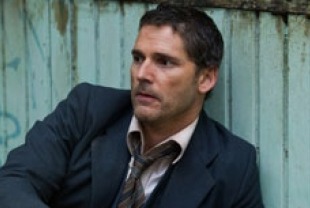 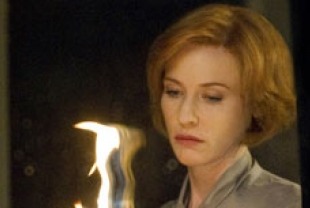 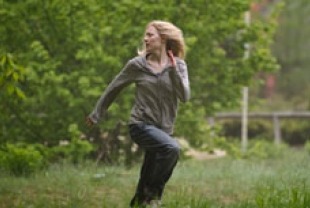 PG-13 - intense sequences of violence and action, some sexual material, and lang