Directed by Richard Ayoade
A playful and witty take on the traditional coming-of-age dramas.

Fifteen-year-old Oliver Tate (Craig Roberts) is a precocious kid who attends a Welsh school and has a vivid imagination. This comes in handy since he gets into plenty of tight squeezes thanks to his black-and-white vision of the world. He is quite cocky in his fantasies and dreams but less so in his daily life.

Oliver has other priorities but when he realizes that his mother, Jill (Sally Hawkins), and his marine biologist father Lloyd (Noah Taylor) are having difficulties in their marriage. He is determined to keep them together. His detective work has revealed that when the dimmer switch in their bedroom has been turned to half mast, that means they have had sex. Sadly, it has been turned fully on for some time. While Lloyd sits at home on the couch watching television, Jill is out attending New Age lectures by Graham Purvis (Paddy Considine), her ex-boyfriend who has moved in next door. When his dad confesses that he has been suffering from depression for a long time, Oliver's heart goes out to him and he sets in motion a plan to evict Graham from all of their lives.

Meanwhile at school, he faces another mission altogether: that of losing his virginity. Oliver picks Jordana (Yasmin Paige) to share this adventure with him. She is an odd choice given her disdain of emotional expression, her caustic and domineering ways, and her interest in pyromania. For their first kiss, Jordana orders Oliver down on his knees under a railway bridge and then gives him with a long and wet one. Later in their relationship, he is required to write down reasons why she would want to sleep with him. They do and Oliver accomplishes his mission. But when Jordana tests his attention to her needs, he fails. In his heart, he clings tenaciously to the hope of their re-union.

Submarine is written and directed by Richard Ayoade based on the novel of the same title by Joe Dunthrone. Many critics commented on the similarity between the voice of Holden Caulfield in The Catcher in the Rye and the interior monologue by Oliver in this 2008 novel. This certainly comes across in the screenplay which is oftentimes very funny and extremely witty.

From start to finish, Oliver is an oddball who marches to the beat of his own muses. We watch with him as he tries to fend off a bully who regularly taunts him at school, and we scratch our heads when he accidentally causes a girl to fall into some water and then, out of guilt, sends her a self-help bit of advice on how to avoid being taken advantage of so often. We marvel at his daily habit of memorizing a new word from the dictionary, and we are astonished at the hypothetical questions he puts to his parents to determine their chief loyalties.

Submarine offers a playful and witty take on the traditional coming-of-age drama.

Special features on the DVD include the making of Submarine and deleted scenes. 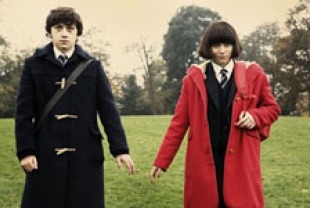 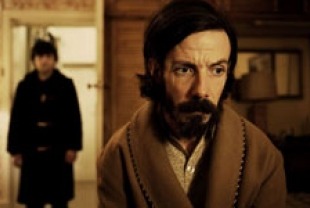 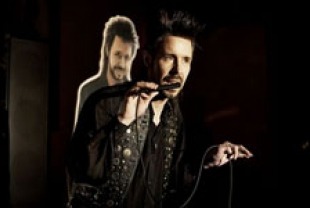