Directed by Diane Keaton
Speaks to the deep yearning we all have to break free from the assigned roles in our birth families.

The family of our birth is a pressure cooker. Siblings grow up side by side and then on the basis of personality and temperament are assigned a role. He's the caretaker, she's the selfish one. Although we may change and become different people, the roles we play in the family context can remain straitjackets for the rest of our lives.

Hanging Up is based on a book by Delia Ephron about three sisters and their somewhat deranged father. This comedy directed by Diane Keaton deals with family roles, sibling rivalry, and the struggle we all have to deal in a more loving and realistic way with those closest to us by blood.

Ever since his wife (Cloris Leachman) walked out on him ten years ago, Lou (Walter Matthau) has been a mess. He drinks too much and is always moody and depressed. His only lifeline in a sea of troubles is constantly calling Eve (Meg Ryan), his middle daughter, on the phone. Although she's very attached to her father, his dependency upon her has had a dire effect upon her marriage and her attempt to start a new business. When Lou is admitted to Los Angeles Hospital, Eve has to handle all the arrangements. Georgia (Diane Keaton), a fabulously successful magazine publisher, and Maddy (Lisa Kudrow), a soap opera actress, see her as the caretaker in the family. They take Eve for granted and are never there when she needs help.

In one of the most heart-affecting scenes in the film, a complete stranger provides Eve with the moral support she wants. An Iranian woman, after listening to Eve describe her problems with her father and sisters, toasts her bravery and grieving. This empathetic stranger also gives Eve the key to getting back on track with her life. Hanging Up is the kind of comedy that speaks to the deep yearning we all have to break free from the assigned roles in our birth families and to be accepted for who we really are. 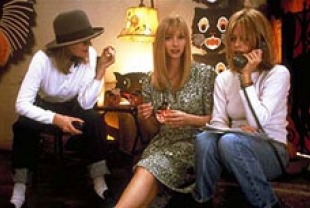 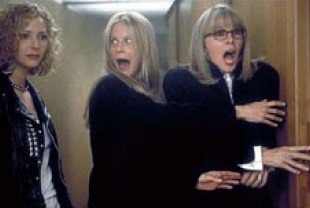 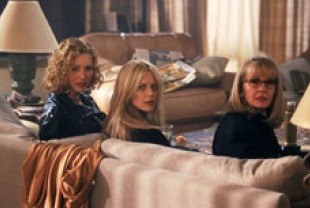 PG-13 - language and some sexual material