A picks for the best movies about sisters and all these relationships can encompass.

Families are the foundation of our lives and they can be wonderful and challenging and everything in between. And it's amplified even more between sisters. Here are our picks of the best films that illustrate all the many facets of being sisters.

The Amati Girls — A powerful drama about four Italian American sisters struggling with love, faith, and death and what matters most – family.

Cries and Whispers — A Swedish film directed by Ingmar Bergman in which two sisters return to the family mansion to be present at their sister's death.

Crimes of the Heart — A bittersweet comedy about three sisters who reminisce about the past, share secrets, and explore their feelings for each other.

Deliver Us from Eva — An insightful comedy about a take-charge woman who has been looking after her three sisters since their parents died in a car crash when she was 18 years old.

Hanging Up — A comedy directed by Diane Keaton that speaks to the deep yearning we all have to break free from the assigned roles in our birth families.

In Her Shoes — A drama with real emotional firepower about two estranged sisters and the long, hard road they must take to re-connect with each other.

Ladies in Lavender — A dramedy about two sisters, a widow and a spinster, who live together in a grand old house in coastal Cornwall in the 1930s vying for the affections of a young man they find on the beach.

Life During Wartime — An oddly affecting drama about three sisters and their quest for happiness amidst moments of hurting, hating, and healing.

Little Women 2019 — The classic novel creatively recast as an exploration of sisterhood and the family as a school of love.

Little Women — A vibrant and appealing screen interpretation of Louis May Alcott's classic story about Marmee, the matriarchal head of the March family, who teaches her four daughters that true wealth has to do with inner values.

The Makioka Sisters — A fascinating look at Japanese tradition under the onslaught of modernism which centers on four daughters of an upper-class merchant family in Osaka who are heiresses to a large fortune.

Margot at the Wedding — A dramedy that explores the difficulties of the bond between two sisters and how maintaining it requires lots of hard work and patient love.

My Sister's Keeper — A compelling family drama that brings out all our emotions and touches our hearts as we are drawn into the loving and caring relationship between two sisters.

Pauline and Paulette — A lovely Belgian film about a mentally challenged 66-year-old woman who lives with her sister Martha and tutors all those around her in wide-eyed wonder.

Pride and Prejudice — An enchanting screen version of this classic which breathes new life into Austen's novel about five sisters caught up in the romantic entanglements, misjudgments, and mishaps that ensue as the very rich mix with what they see as their inferiors.

Rachel Getting Married — A powerful family drama that reveals that when forgiveness is hard, and when it is not yet possible, compassion is the most healing balm.

Raising Helen — A comedy about a determined young woman who gives up her career to raise her deceased sister's three children.

Sense and Sensibility — An enchanting screen interpretation of Jane Austen's first novel which focuses on two sisters and the obstacles they must jump over created by class warfare, secrets, and the rigid proprieties of high society.

Sisters, or The Balance of Happiness — A psychologically involving film that illuminates the thin line between love and manipulation in a study of three women and their varying needs.

Sunshine Cleaning — A delightful dramedy about two sisters who set up a crime scene cleaning business.

The Vertical Ray of the Sun — A drama about three sisters living in Hanoi and the secrets that bubble beneath the peaceful facades of their domestic lives.

The Whales of August — A deeply moving drama about two elderly sisters who discover that it's never too late to change.

Your Sister's Sister — A romantic comedy that takes on some heavy-duty themes including sexual politics, the importance of truth telling in intimate relationships, grief, and the complexity of sibling bonds which shift and change over the course of time. 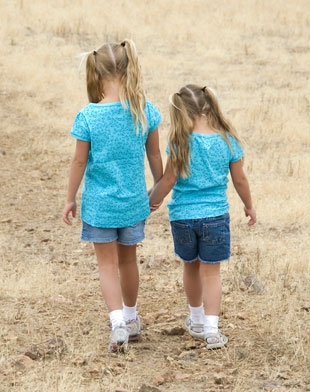