Directed by Woody Allen
A Woody Allen classic with Paris as an enchanting backdrop, some appealing characters, and a potpourri of witty one-liners.

Woody Allen begins his 41st film with a leisurely overview of Paris: the quaint little backstreets, the large boulevards, the cafes, the gardens, the museums, the tourist hotspots, the hotels, the restaurants. It is obvious watching this visually entrancing sequence that here is a city that can take your breath away and put you in a swoon. That is exactly what Paris does to Gil (Owen Wilson), a Hollywood screenwriter who is on vacation with his fianceé Inez (Rachel McAdams).

She is used to getting her own way. Her father John (Kurt Fuller), a conservative businessman, and mother Helen (Mimi Kennedy) are also in the city. They are not impressed with Gil and his strange nostalgia for the 1920s which he views as the Golden Age of creativity. Gil is working on his first attempt at a novel and bows out of taking in the sights with Paul (Michael Sheen), an intellectual blow-hard Gil finds to be insufferable. What he doesn't notice is how enamored Inez is of this egocentric cad; she had a crush on him since college.

One evening while strolling through Paris, Gil sees a classic Peugeot with some happy people in Roaring Twenties attire inside. It's just after midnight and they beckon Gil to join them. Imagine his mixture of shock and awe when two of the revelers, Zelda (Alison Pill) and Francis Fitzgerald (Tim Hiddleston), perk up when he tells them he is a writer and offer to introduce him to some of his friends. Soon Gil is hooked on the fantasies of time travel. He meets Ernest Hemingway (Corey Stoll) who is full of advice on writing, Gert Stein (Kathy Bates) who agrees to read his novel, and other artistic geniuses. But the person who stands out the most is Adriana (Marion Cotillard), an attractive fashion designer who has just broken up with Pablo Picasso. When she compliments Gil on the opening of his unfinished novel, he is smitten with her.

Woody Allen spruces up this romantic comedy with a potpourri of very clever one-liners with plenty of zing to them. Owen Wilson is a perfect fit for Gil, a self-deprecating writer who has idealized the past in order to escape from a career that no longer interests him and an intimate relationship that has gone sour.

Probably most of us, at one time or another, have yearned to live in an era than our own; it seems to happen mostly to creative and sensitive men and women. But as Gil discovers, the past is gone and it can never return. It is best to live in the present where just as many miracles abound if we are only ready to receive them.

Special features on the DVD include "Midnight in Cannes." 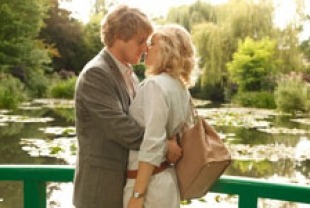 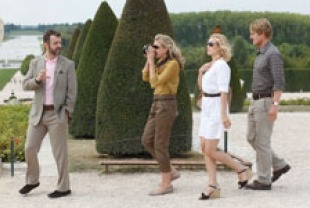 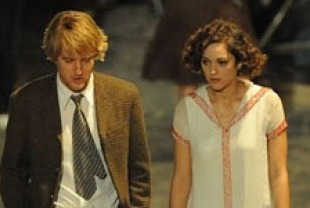 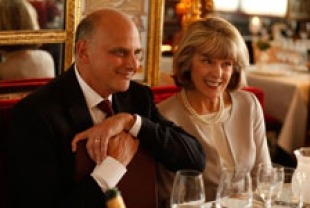