Directed by Mike Mills
An unusually gratifying film about a playful 75-year-old man's zest for life and its effect on his serious and lonely 38-year-old son.

Most of us tend to think of zeal in terms of a rigid commitment to some utopian, political, or religious ideal. But it can also be an expression of one's true self. Passion is the fuel of this character quality, and the result is that we are aroused by life. In this creative and enlightening film written and directed by Mike Mills (Thumbsucker), we see the perfect embodiment of zeal in a 75-year-old gay man who has come out of the closet after the death of his wife of 45 years. He is determined to make the most out of the time he has left on earth.

Oliver (Ewan McGregor) is a 38-year-old illustrator who has had a string of failed relationships. He blames the tension in his home as a boy for part of his ambivalence when women become intimate with him. His mother knew of her husband's homosexuality from the start and resigned herself to loneliness and stifled anger. Oliver still has a hard time with Hal's (Christopher Plummer) gay lover Andy (Goran Visnjic) who is very young, physical, and playful. He's also bothered by his father's new honesty which grows out his feeling at home in his own skin at last. But when Hal is diagnosed with a terminal lung cancer, it is a perfect opportunity for a father-son-bonding. Oliver turns out to be a pretty good caregiver for Oliver who is also receiving loads of help from the local gay community who are grateful for all the festive parties he hosts.

Oliver is a very serious man who decides to take a break and dress up as Sigmund Freud for a Halloween party. There he meets Anna (Melanie Laurent), a vivacious French actress who has temporarily lost her voice. She finds him to be a very sad man — not a bad characterization. Their relationship blooms slowly since both of them are wary of commitment. Although he tries to emulate his father's zest for life and his thrill of adventure, Oliver sabotages their love affair shortly after she moves in with him. He is fortunate to have the playful presence of Cosmo, a Jack Russell terrier, as a dependable source of unconditional love. And he is lucky to have a father who models for him the contentment that comes with zeal.

Special features on the DVD include a short film about making Beginners; a feature commentary with writer/director Mike Mills; and a Beginners promo. 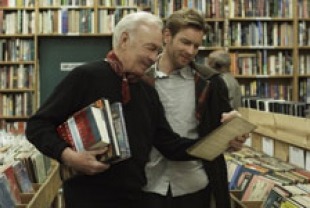 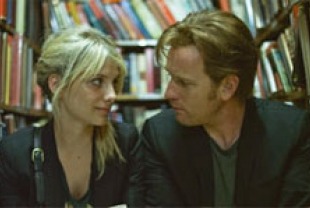 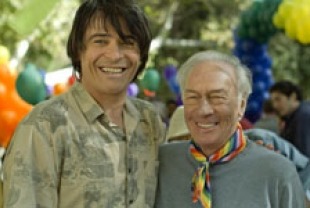