Directed by Asif Kapadia
A compelling documentary about a champion Formula One driver and his unusual life of passion for the sport.

Ayrton Senna was a Brazilian Formula One champion who died in a crash in the 1994 San Marino Grand Prix. He was 34 years old. Three million people turned out for his funeral in San Paulo, Brazil where he was idolized; 300 million more watched on television. Asif Kapadia directs this well-done documentary about the Brazilian sports hero as Formula 1 (F1) driver, legend, fierce competitor, and devout Catholic. Hundreds of hours of newsreel, segments from F1 racing archives, and family home movies have been edited down to present a positive portrait of a very determined man whose passion for racing was full and complete.

Senna began his big time racing career in 1984 at the Monaco Grand Prix where he didn't make the winner's podium. The victor was Austrian Alain Prost, the man who would turn out to be Senna's thorn in the flesh many times over the next 10 years. The two men even served as teammates for a while. The filmmakers also include footage revealing Senna's struggles with F1 authorities and especially with Jean-Marie Balestre who obviously was not a huge fan of the Brazilian superstar who was used to getting what he wanted.

Much has been made of Senna's Catholic faith and his claim after his victory at the Suzuka Circuit in 1988 that he'd had a vision of God. After an even sweeter win in San Paulo, he proclaimed: "God gave me this victory." Senna comes off badly in these examples of religious pride. It is a much wiser course to emphasize the spiritual zone he seemed to enter when he drove; he was totally present while racing and able to go with the flow in the blending of man, machine, and speed. It was this ability to let go which gave him what few other F1 drivers enjoyed. 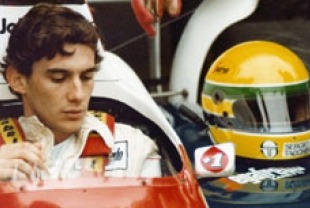 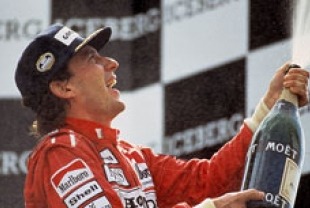 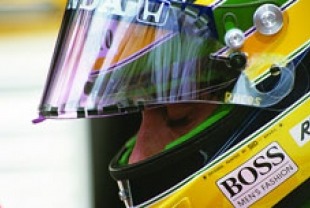