A Bird of the Air

Directed by Margaret Whitton
Story of a talkative parrot who proves to be a miracle worker bringing two lonely souls together for a quest that changes them both.

Lyman (Jackson Hurst) is a hard-working earnest man who is shy and socially awkward around people. That is why his job as a midnight-shift employee of the Fort Worth Courtesy Patrol is perfect for him. He can express his substantial nurturing gifts by keeping the highway clear of debris, accident victims, and road kill. Anyone who has been stranded on a highway at night sees Lyman as a noble knight doing deeds of kindness and compassion. He lives frugally in a trailer and keeps to himself. When he does take some time off, Lyman attends classes but has no intention of graduating.

One day a Marquezian parrot appears in his yard and he takes this colorful and talkative creature inside his home. Lyman purchases a cage and is mesmerized by the parrot's quips and quotes which range from "Shut up!" to a passage from Proverbs in the Bible. Is he a wise spiritual teacher, a prophet with a secret message, or an archive of all the slogans and ideas of his past caretakers?

Fiona (Rachel Nichols) is a pretty and sociable librarian who has had a crush on Lyman since she first saw him. Whereas he wants her help in his quest to figure out where the bird came from and to decipher the messages he delivers in short phrases, Fiona is interested in unlocking all of Lyman's secrets and silences. She eventually learns that both his parents were killed in a car accident when he was very young. As an orphan, he fears abandonment and has trust issues.

Their very different objectives make for some explosive conflicts but it is quite clear that Lyman is in the process of radical change. He initiates visits with the previous companions of the parrot and keeps learning more and more about the many lives the bird touched.

Margaret Whitton directs this quirky romantic comedy and makes the most out of the quest that draws Lyman and Fiona together on a memorable roller-coaster ride of emotions. He breaks out of his shell, and her ability to let go is tested. The screenplay by Roger Towne is based on Joe Coomer's highly acclaimed 1992 novel The Loop. 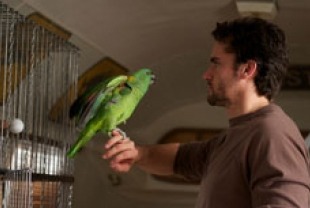 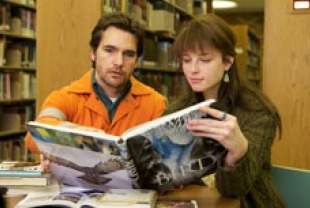 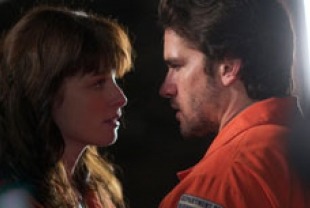