Crazy Wisdom: The Life and Times of Chogyam Trungpa Rinpoche

Chogyam Trungpa was born in Tibet in 1940 and died in 1987. He was a pivotal figure in the presentation of the Buddhist dharma to the Western world. As the founder of the Naropa Institute, he was respected as a meditation master, scholar, and artist. Johanna Demetrakas has made a edifying and enlightening documentary about his colorful life and exciting times.

Trungpa was recognized as a reincarnate master at 18 months of age and was raised and trained in the rigorous Tibetan monastic tradition. He fled his homeland after the Chinese invasion in 1959. This involved a dangerous journey across rugged mountains to India. Trungpa went to London to study at Oxford University and later established the first Tibetan Buddhist center in the West. He saw his mission as spreading essential Tibetan teachings and was convinced that he needed to adapt to the culture of the times in order to reach people. This perspective explains his decision to renounce his monastic vows to become a lay teacher and marry Diana Pybus, a 16-year-old devotee.

In 1970 Trungpa and his wife moved to the United States and settled in Vermont where he set up a rural mediation center. His goal in America was to build an enlightened society and to accomplish this meant using "crazy wisdom" to wake them up and free them from their enslavement to materialism which he believed even invaded the spiritual realm. Trungpa was also fascinated with the arts and creativity as forces that could bring out the original goodness of human beings.

This documentary presents reminiscences and commentary on this Tibetan teacher from bestselling author Pema Chodron, American guru Ram Dass, poet Allen Ginsberg, Buddhist scholar Robert Thurman, Zen peacemaker Bernie Glassman, and Trungpa's wife and students. Known in some quarters as the "bad boy of Buddhism," he openly drank alcohol excessively and had sex with women students. Yet he is also remembered as one of the most extraordinary spiritual teachers of the twentieth century with books translated into 31 languages and his Shambhala International organization thriving in 30 countries on five continents. He is remembered as a fearless spiritual warrior trying to create a better world, and his legacy endures.

Special features on the DVD include an interview series with the filmmakers' commentaries; extended scenes and rough cuts from the editing room floor; and a trailer. 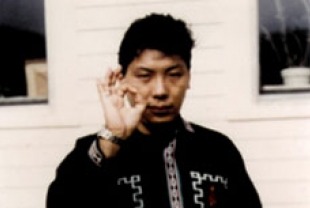 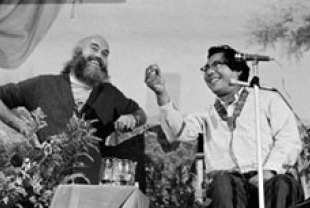 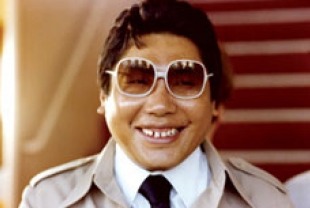