Directed by Harvey Heart
A TV miniseries of John Steinbeck's epic saga about fathers and sons, the search for love, and the restoring power of forgiveness.

The One Story in the World

"I believe there is only one story in the world, and only one. . . . Humans are caught — in their lives, in their thoughts, in their hungers and ambitions, in their avarice and cruelty, and in their kindness and generosity too — in a net of good and evil."
— John Steinbeck in East of Eden

John Steinbeck's East of Eden is an epic saga about fathers and sons, the search for love, the virus of hatred, the restoring power of forgiveness, and the many mysteries of the human personality. A 1955 film directed by Elia Kazan covered only the last 90 pages of Steinbeck's 1952 novel. This six-hour production directed by Harvey Hart tells the entire story, charting the sweep of events in the lives of the Trask family from the time of the Civil War through World War 1.

William Faulkner once advised a young man interested in story writing: "If you are going to write, write about human nature. That's the only thing that doesn't date." Although this drama is set in the past, its observations about human nature are still relevant today. Steinbeck's family drama touches us on the deepest levels.

When John Steinbeck won the Nobel Prize in 1962, he became the sixth American author to do so. His first three novels were not very well received but Tortilla Flat (1935), an interesting look at the paisanos in Monterey, California, was a bestseller. Both In Dubious Battle (1936), about an apple picker's strike, and The Grapes of Wrath (1929, the saga of itinerant tenant farmers during the Depression, solidified the novelist's reputation as a social commentator. Other works which brought him acclaim were Of Mice and Men (1937), a pastoral fable, The Red Pony (1945), a novella about adolescence, and Travels with Charley (1962), an idiosyncratic account of the author's trip in a camper across America.

Of his sixteen novels, Steinbeck felt especially proud of East of Eden. He wrote to a friend: "I think everything else I have written has been, in a sense, practice for this. . . . If East of Eden isn't good, then I've been wasting my time. It has everything I have been able to learn about my art or craft or profession all these years."

The Family Is Inescapable: It Lives With and Within You

Cyrus Trask (Warren Oates) after returning home to Connecticut following the Civil War is widowed and left with Adam, an infant son. He remarries and soon is the father of another son, Charles. The sons are as different as night and day. Charles (Bruce Boxleitner) is aggressive and physical; Adam (Timothy Bottoms) is quiet and sensitive. The later spends five years in the Army and on the road. When he comes home; he learns that his father has died and left his sons a fortune.

One day Charles and Adam find Cathy Ames (Jane Seymour), the victim of a violent beating, on their property. The brothers react differently to this physically beautiful but troubled woman. Adam is swept away by her, and she decides to marry him. But on their wedding night she drugs him and sleeps with Charles.

Adam and Cathy move to Salinas Valley, California where she tries to abort herself but fails, giving birth to twin boys. Cathy walks out on her husband, changes her name to Kate, and begins working in a bordello — eventually taking over the business after poisoning the madam. Adam tracks her down but is deeply hurt by the secret Cathy tells him about Charles.

The twins are brought up believing that their father is dead. Aron is the apple of his father's eye whereas Cal is the black sheep in the family. Just prior to World War I, Adam loses all his money on a financial deal. Cal (Sam Bottoms) finds out that Kate is his mother. When his father mistreats him once again by refusing a generous gift, he takes out his revenge on Aron (Hart Botchner). On his deathbed, Adam has a chance to reconcile with Caleb and open the door to a new life for him and his beloved Abra (Karen Allen).

John Steinbeck's East of Eden is the kind of philosophical work that seems to have gone out of fashion, which is one reason why it is such a pleasure to watch this six-hour screen adaptation of the novel. It takes within its embrace the struggles of a dysfunctional family, a version of the ways in which the sins of one generation are visited upon the next generation, a look at the relevance of the Biblical story of Cain and Abel to all of us, and a meditation on some of the vices that grow out of the painful experience of feeling unloved.

In the novel, John Steinbeck comments that "most people want to be good and want to be loved. Indeed most of their vices are attempted short-cuts to love." That's a heavy dose of wisdom which we will end with, letting it sink into your consciousness and simmer for a while.

Special features on the DVD set include exclusive interview with Jane Seymour; a biography of John Steinbeck, and the cast filmographies. 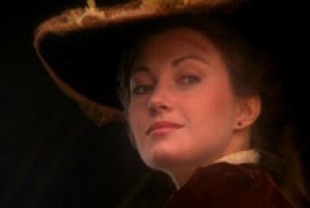 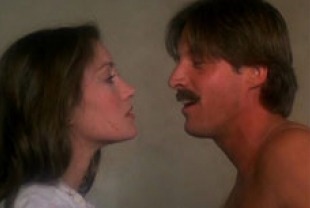 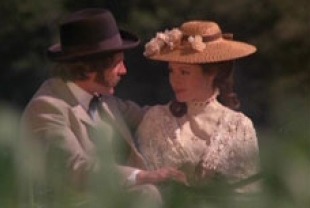 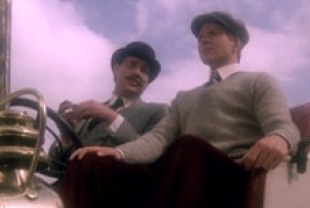