Directed by Hirokazu Kore-eda
A charming and inventive Japanese movie about wishes, questing, and the wonderful support of grandparents when we need them the most.

Japanese writer and director Hirokazu Kore-eda is one of the world's great storytellers as evidenced by his first four films. Maborosi is a powerful and profound film about one woman's long and arduous journey through grief's labyrinth. In After Life, Kore-eda boldly ventures into a realm beyond death where individuals are asked to pick a golden memory to take with them to eternity: this is the kind of film that seeps into the consciousness and remains there for a long time. Nobody Knows is the harrowing story of four children in Tokyo who are abandoned by their mother and forced to fend for themselves over a six-month period. Still Walking is a bittersweet drama about a family get-together that explores sibling rivalry, the need to be loved and appreciated, and the mysteries of death. In his latest film, he again focuses on children; he's interested in what they wish for.

Wishing is an universal impulse. Since the beginning of time, our ancestors reached out of the darkness with wishes about the future, perhaps to find a warm place to stay or a feast of food or a person to love. Wishing falls somewhere between reasoning about something and praying for what we want. They acknowledge that we cannot control the future and need assistance from sources outside ourselves. Although science and religion offer ways of dealing with the mysteries of life, wishing is an intentional, positive, and powerful force that is part of our spiritual evolution as human beings.

Wishing is an early stage of the spiritual practice of yearning, and it is one that is clearly part of everyone's childhood. It is a pervasive field of psychic and emotional energy which fuels our hopes and dreams. In I Wish, Hirokazu Kore-eda has made one of the best films about wishing and its paramount role in childhood. In tandem with Nobody Knows, it shows his special knack for depicting the energy, playfulness, creativity, and challenges of this pivotal stage of life.

Twelve-year-old Koichi (Koki Maeda) lives with his unhappy mother Nozomi (Nene Ohtsuka) who after divorcing her husband has moved back to live with her parents (Isao Hashizume, Kirin Kiki). They live in the shadow of an active volcano which is spewing ash upon them. Although Koichi has two buddies, he misses his younger brother Ryu (Ohshiro Maeda) who lives with his father Kenji (Joe Odagiri), a musician on the trail of a comeback with a popular rock band. The spunky little boy hangs out with three young girls who enjoy his exuberance and positive vibes.

Koichi learns from a fellow student that it is possible to make a wish come true by making it at the place and perfect moment when two new bullet trains pass each other. His wish is for the volcano to explode so he and his mother can't live there anymore, and his father and mother will get together, and he and his brother will reunited. Ryu just wants there to be no fighting in the family.

So first he has to get to the place where the trains will pass. He gets two friends to go along and Ryu says he and three friends will meet them there. Second they have to get the money for train tickets, and they also need the help of some adults. They include Koichi's grandfather who has his own dream of starting a business selling a traditional sponge cake and a school librarian who remembers her own escape from school for a day to attend a music concert. The other kids have wishes too. Tasuku (Ryoga Hayashi) has a crush on a teacher. Makoto (Seinosuke Nagayoshi) wants to bring his dog back to life. Megumi (Kyara Uchida) wants to be an actress. Kanna (Kanna Hashimoto) wants to paint better, and Rento (Rento Isobe) wants to run faster.

The quest for the wishing miracle sends these seven youngsters to a town halfway on the route of the two trains. They stay the night with another set of accommodating grandparents who wish them well on their adventure. In an astonishing montage of images leading to the magic moment, Kore-eda lifts our spirits as we stand with these young people at the side of the train tracks. We appreciate all they've done to cross new borders and to listen to their hearts. And with them we discover that family connections and friendship and just being alive are the biggest miracles of all. 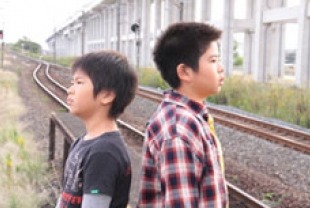 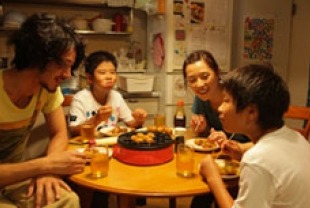 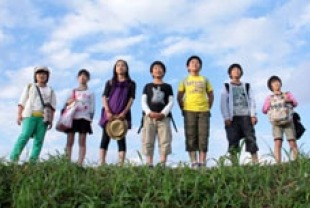