Directed by Wes Anderson
A wonder-inducing film from Wes Anderson about the authentic quest of two oddball teens who just want to be free.

Wes Anderson burst upon the film scene with the rambunctious coming-of-age movie Rushmore; it was a fresh and very funny movie about an egocentric young man who proves himself to be an eager student of life. He followed that up with The Royal Tenenbaums which focuses on a prankster father who wants to reconnect with his kids and former wife; he and co-writer Owen Wilson created one of the most colorful and cantankerous families in screen history.

The Life Aquatic with Steve Zissou also introduced us to a bunch of wacky individualists; the story revolved around a middle-aged man whose yearning for adventure is what is keeping him going. The Darjeeling Limited centered on three odd-ball brothers traveling through India trying to connect with each other and to come to terms with the past and death. And in In Fantastic Mr. Fox, Anderson shifted gears and offered a very clever stop-motion animated screen adaptation of Ronald Dahl's children's tale about a smart, charming fox and his quest to be true to his animal nature.

"If there is any miracle in the world,
any mystery, it is individuality."

As you can see by our short descriptions of his works to date, Wes Anderson is one of America's most idiosyncratic film directors. He is an incomparable explorer of individuality as it is played out in different groups and places. He has a special knack for developing characters who are outsiders or rebels and are both funny and touching at the same time. When circumstances or other people turn against them, they struggle to be true to themselves and to keep their souls alive.

All those markers of Anderson's films are present again in Moonrise Kingdom. His focus this time is on two harassed 12 year olds who fall in love with each other and run away into the wilderness. Their journey teaches us about the price that must be paid for being different, the delights and bounties of first love, the loneliness of being misunderstood, the terror of being abandoned as a child, and the mysteries of human beings when they are busy making meaning out of things.

"To be nobody but yourself in a world
which is doing its best, night and day,
to make you everybody else means
to fight the hardest battles which
any human being can fight, and
never stop fighting."

The time is 1965 and the place is New England. Sam (Jared Gilman) is a smart and wilderness savvy member of the Khaki Scouts at Camp Ivanhoe. He's an orphan who has been living with a foster family but they have written that they are not "inviting him back." Sam, a talented oddball, is ridiculed and pestered by his peers to the breaking point.

The only light in his life is Suzy (Kara Hayward) who lives in a large house by the sea on the other side of the island with her three younger brothers, temperamental father (Bill Murray), and over-worked mother (Frances McDormand), who is having an affair with Captain Sharp (Bruce Willis), the local sheriff. Sam meets Suzy at a church pageant and they begin to correspond. When these two rebels run away together, the whole community mobilizes to search for them.

"Aloneness and connections are like
tides in the sea of your heart,
separate tides, flowing in and out.

Leading the way is Scout Master Ward (Edward Norton) who is saddened that Sam's escape from Ivanhoe took place on his watch; he involves the whole troop in trying to track down the missing couple. His commanding officer (Harvey Keitel) is really upset about the whole affair. Meanwhile, Sam and Suzy draw closer to each other. He turns out to be an excellent provider of shelter and food. She reads to him from her favorite books. They experiment with French kissing as Suzy's kitten quietly watches it all.

We cannot break the magic spell of Wes Anderson's wonder-inducing film by telling what happens to Sam and Suzy and all the people looking for them. But we can tell you that as an artistic whole Moonrise Kingdom is a masterwork with its remarkable ensemble performances; with a melodic score by the inimitable Alexandre Desplat incorporating music by Benjamin Britten, Mozart, Hank Williams, Schubert and others; and a magical screenplay by the director and Roman Coppola.

We loved the prominent place given to objects by various characters: a bullhorn to call children to dinner, a hand-crafted insect earring, binoculars to see far away, and beloved stash of fantasy novels. Also featured as minor characters who contribute largely to the drama are the narrator (Bob Balaban) who clues us in to the history and geography of the island, and a feisty and merciless bureaucrat (Tilda Swinton) who is, like most of the adults in this story, emotionally illiterate and unable to control the youth around her. The kids just want to be free, and that is their authentic and salutary quest.

Take Aways from Moonrise Kingdom
1. Be True to Yourself
"Be true to yourselves and be useful to the journey."
— Sidney Poitier

2. Life Is Complex
"Life is complex as we are. Sometimes our vulnerability is our strength, our fear develops our courage, and our woundedness is the road to our integrity. It is not an either/or world."
— Rachel Naomi Remen

4. Squeeze the Slave Out of Yourself
"Chekhov's words starred back at me: 'Others made me a slave but I must squeeze the slave out of myself, drop by drop.' "
— Vivian Gornick

5. Honor Your Urge to Be Known
"Deep within each of us is the urge to know and to be known. It is as central to the core of our being as is the urge to dance in the sunshine or cry at weddings or sing in the shower or laugh at children or fall backward into the snow."
— Robert Benson

6. Don't Silence Your Song
"And of course there must be something wrong
In wanting to silence my song."
— Robert Frost

7. Free Yourself of Selfishness
"The greatest development of self is to be free of all selfishness."
— Kabir Helminski

9. Recognize There Is No Strangeness
"If we truly know ourselves, nothing anyone else does is ever strange or unforgivable."
— David Richo
10. Meet Yourself
"If you travel far enough, one day you will recognize yourself coming down the road to meet yourself. And you will say, 'Yes.' "
— Rich Heffern

Special features on the DVD include: a look inside Moonrise Kingdom; welcome to the island of new penzance; and a set tour with Bill Murray. 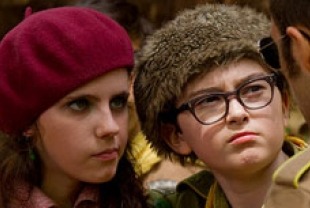 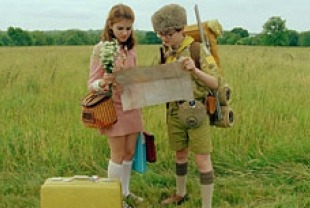 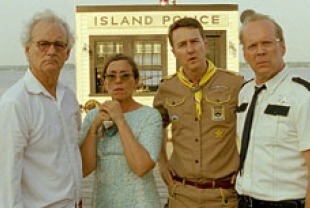 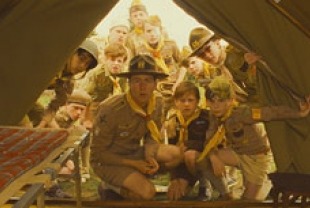 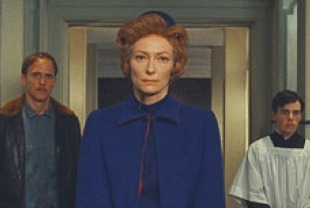 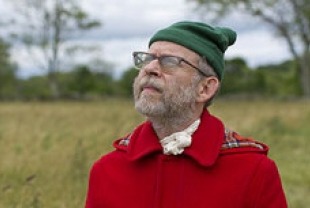