Directed by Sarah Polley
A respectful and creative treatment of sex and the mysteries of love by director Sarah Polley with a stunning performance by Michelle Williams.

The Mysteries of Love

"Like a rose rabbi, later, I pursued,
And still pursue, the origin and course,
Of love, but until now I never knew
That fluttering things have so
distinct a shade."
— Wallace Stevens, "La Monocle de Mon Uncle"

In her debut as a film director, actress Sarah Polley helmed Away From Her, adapted from Alice Munro's short story "The Bear Came Over the Mountain." It was about the bonds that hold a couple together even when they face challenges that test every ounce of their caring and commitment to each other. Julie Christie starred as a woman forced to enter a residential facility for Alzheimer patients. Married to her for 44 years, Grant (Gordon Pin sent) had to grapple with the loss of her companionship and work out a completely new relationship with her.

Now in her second film, Polley looks again at the different shades of love in marriage and in a sexual relationship. Like a rose rabbi, this Canadian director seeks to probe the cycles, permutations, and mysteries of love. We join her in this quest by measuring the flutterings of eros, desire, yearning, and loss that are evoked in us as we experience the film. The deeper we enter into Take This Waltz, the more we appreciated the different shades of love.

The Obstacles Are Tremendous

"Marriage is tested every time you turn around. The obstacles are tremendous, and they never stop coming. People today have to make their own rules."
— Elizabeth Forsythe Haley

Lou (Seth Rogen) is a cookbook author who specializes in chicken dishes. He has been married to Margot (Michelle Williams), a freelance writer, for five years. They live in a comfortable Toronto townhouse and fill their spare moments with each other in playful taunts and childish pranks. When they aren't laughing, they cuddle up to each other like puppies to their mother. Although he enjoys being affectionate, we can sense that Margot is yearning for something different and more adventuresome.

Another obstacle in their marriage is Lou's refusal to take seriously the need to constantly be readjusting and fine-tuning the communication between them. A perfect example is his refusal to talk about how he is feeling on an anniversary dinner out. Margot is the kind of person who speaks from the heart and is very expressive of her emotions. Although this couple could have had trouble with the raucous visits of Lou's extended family, Margot is loved by them all and is especially close to his sister (Sarah Silverman), a recovering alcoholic.

Your Own Hidden Being

"To pursue yourself is an interesting and absorbing thing to do. Once you have caught the scent of a hidden being, your own hidden being, you won't really be deflected from the tracking down of it."
— Cynthia Popper Seton

On a trip to Nova Scotia to write an article, Margot meets Daniel (Luke Kirby), a handsome young man who is attracted to her immediately. On the plane home, they sit next to each other, and she reveals a secret about being afraid of connections in airports. It is fear that has animated nightmares and given her an uneasiness when she is "in between things" or going through some transition. After sharing this intimacy, she is astonished at how easy it is to talk openly with Daniel. When they arrive in the city and take a cab home, Margot is surprised to discover that Daniel lives across the street from her. Her armor goes up and she says, "I'm married." His response: "That's too bad."

Margot is troubled by what has taken place. This stranger has entered her life and given her a scent of a hidden being inside her. She finds herself thinking about him and how they can be together again.

"Discoveries have reverberations. A new idea about oneself or some aspect of one's relation to others unsettles all one's other ideas, even the superficially related ones. No matter how slightly it shifts one's entire orientation. And somewhere along the line of consequences, it changes one's behavior."
— Patricia McLaughlin

Throughout Daniel's imaginings of making love to Margot, her face registers the incredible impact of his words on her body and mind. She is totally aroused without even a touch. This elated and turning point-encounter with Daniel alerts her to the realization that his super-charged sexuality is part of what she has been missing in her marriage. Daniel takes her to his home and shows her some of his artistic creations. For his regular day job, he pulls a rickshaw down the streets of the city.

"My dreams are filled with sex; my work is inspired with sexual energy; my family and friendships are influenced in so many ways by my sexual creativity that I couldn't even pinpoint them all. Most sex experts tell people to search for a sex life, to make it happen by getting out of the house into the right singles bar, but actually your sex life is rocking your boat every minute of every day."
— Susie Bright in Full Exposure

One of the many enchantments of romantic love is that everything becomes eroticized. Margot finds herself in a constant state of desire. She nibbles the neck of her husband and puts her arms around his waist as he stands at the stove cooking. She goes with Lou's sister to an aqua-fitness class and gets so excited that she can't control her bladder and urinates in the pool, thus putting a quick end to the class.

On another day, Margot invites Daniel for a private evening swim in the pool. The two of them circle each other underwater, moving in sync, performing a liquid ballet. But she cannot go completely with the flow and abruptly leaves for home after Daniel grasps her lower leg under the water.

Margot's sexual energy reaches a high point during a ride they take at an amusement park. She lets herself go in the moment as their bodies gently bounce off one another and the music transports them to another magical moment of mutual pleasure. Whereas Margot is still unhinged by Daniel's adoring gaze (he was at poolside watching her in the aqua-fitness class), she is totally relaxed in the presence of women. We see her standing nude in the shower with a few other women of different ages and races. And then we watch them in the process of drying themselves with towels. The scene of full frontal nudity catches Margot in another natural and genuine moment of reverie.

"The best contact with humanity is through love and sex. Here, really, you learn all about life, because in sex and in love character is revealed more than anywhere else."
— Isaac Bashevis Singer

Sarah Polley's Take This Waltz is one of the Most Spiritually Literate Films of 2012. As in Away From Her, the director demonstrates a keen insight into the important roles of intimacy and desire in marriages. She also is sensitive to the troubling fact that husbands and wives go through changes at different speeds and times in their lives.

Polley has a knack for finding intelligent dramas with nuanced and mysterious characters. In Take This Waltz we understand Margot's sexual desire yet there is more to her than this yearning for something different. There is also a mysteriousness to the two men in her life that refuses categorization.

Seth Rogen also puts in an impressive performance as Lou, her kind-hearted, playful, and appreciative husband. As Daniel, Luke Kirby possesses the requisite charm and boldness that makes this sexy artist so appealing to Margot. By the end of the film the true colors of all three characters are revealed. The title, by the way, comes from a song by the inimitable Leonard Cohen who is another chronicler of desire.

It is truly a rare and wonderful thing to savor a film by a director who has a reverence for sex. It is a subject which is often treated abominably in Puritanical, pleasure-hating cultures around the world. In many homes, sex is never talked about and it goes on behind closed doors. Children learn what they know about it from friends or the media. Religious institutions rail against the desires of the body and the immorality of sex outside of marriage. Politicians use it as a weapon against each other. Health care institutions address the physical consequences but not the emotional rewards. And in television shows, feature films, and ads, sex is dehumanized, trivialized, and made addictive.

Polley approaches sex with the creativity and respect that it deserves. As her characters explore their passions, you may find yourself doing the same. 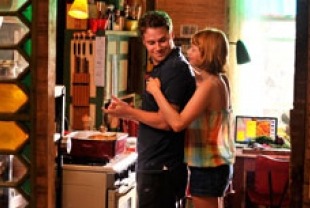 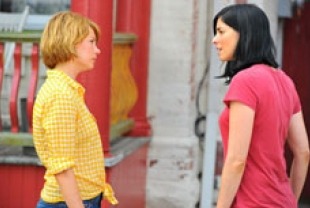 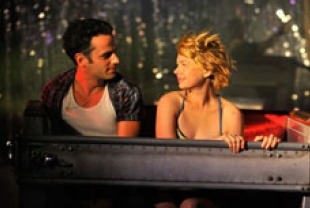