Directed by Lynn Shelton
A romantic comedy about two sisters and their friend with three top-drawer and dazzling performances.

Brothers often compete with each other and the pain is mutual. Jack (Mark Duplass) has gathered with a group of his deceased brother's closest friends for a ritual one year after the death. He is drunk and finds all the praise being heaped on his brother quite irritating. So instead of joining the chorus of commendation and adoration, Jack characterizes him as a bully who transformed himself into a self-giving person in order to be more popular and appealing to women. Iris (Emily Blunt), his brother's former girlfriend, is there and she is quite concerned about Jack's inability to get it together. As his best friend and confidant, she suggests that he take some time off for a personal retreat at her family's cabin in the Pacific Northwest.

Looking forward to the solitude, Jack bikes to the cabin and is surprised to find Iris's sister Hannah (Rosemarie DeWitt) there. She's chosen to spend some time alone following her recent breakup with Pam after seven years together. Jack and Hannah are both ready to banish the blues by drinking as much as they can. When Jack says that he's glad she is a lesbian because she turns him on, she responds by saying it would be okay with her for them to have sex. After a mad scramble for a condom, it is all over in a flash and they both fall asleep in a stupor. The next day they are both surprised when Iris arrives to see how Jack is doing.

Lynn Shelton (Humpday) has written and directed this romantic comedy that takes on some heavy duty themes including sexual politics, the importance of truth telling in intimate relationships, and grief. A key theme is the complexity of sibling bonds which shift and change over the course of time. Iris and Hannah are close as sisters and both believe that in the long run, they will continue to need each other. But that is put in jeopardy when Jack and Hannah decide not to tell Iris their secret. It eventually comes out and all three of them have to consider the consequences. And Hannah has another potentially divisive secret as well.

This is a spiritually literate film about the love, forgiveness, listening, and transformation in relationships. It works on a deep emotional level due to three charming and dazzling performances by Emily Blunt, Rosemarie DeWitt, and Mark Duplass. 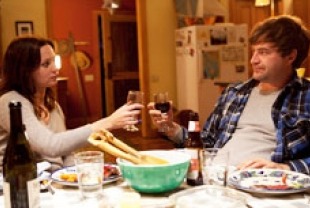 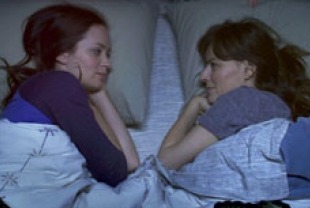 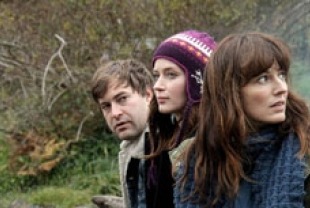