Seeking a Friend for the End of the World

Directed by Lorene Scafaria
A powerful and poignant film about two people who find love as the best shelter against an impending disaster.

For many people in financial difficulties, unemployed and even homeless, it feels like the end of the world is imminent. Of course, some scientists have warned us that as far as global warming is concerned, we have already gone beyond the point of saving the planet. It now seems that we only have to wait for the floods, hurricanes, drought, water wars, and the displacement of millions of refugees.

In the recent films Melancholia and 4:44 Last Day on Earth the characters are challenged to decide what to do while waiting for the end. What would you do during your last day on earth?

In Last Night those facing the end of life in six hours choose the following activities: spend it with the ones you love, attend a prayer circle, have sex, riot on the streets, or watch home movies. Others consider committing suicide.

Writer and director Lorene Scafaria has set Seeking a Friend for the End of the World somewhere in the near future. A 70-mile wide asteroid is heading toward earth and all efforts to stop it have failed. People are warned that they have three weeks before the final catastrophe takes place.

When she hears this news, the wife of Dodge (Steve Carell), a life insurance agent, walks out on him. Even though he is a man of few words, his wife's exit rocks him to the roots. With few options to consider, Dodge goes to the office but finds that his once orderly business world is in shambles. And at a party, he feels very uncomfortable with friends who are throwing caution to the wind, taking heroin and having sex with anyone they want.

Penny (Keira Knightley) is an attractive young woman who lives in the same complex as Dodge does. When she finds herself alone, he takes her under his wings. It turns out that a letter addressed to him was misdelivered to her mailbox, and she has never gotten around to giving it to him. It is from Olive, his high-school sweetheart and first love. Penny feels so bad that she's denied him this connection that she convinces Dodge to go find her; when he says he knows someone with a plane that can fly her to her family in England, she goes along. Both are seeking shelter in the love they knew in the past. One stop along the is for Dodge to see his father (Martin Sheen) and forgive him for not being present as a father.

Although what happens to Dodge and Penny on their quest is predictable, writer and director Lorene Scafaria shows how the precariousness, the stress, and the doom which lies just ahead compels these two to take risks and to express their heartfelt desires. As they wait for the end of the world, the idiosyncracies that make them special and attractive people are revealed to the other.

In one of the most powerful and poignant scenes, Penny shares with Dodge her pleasure in the texture, shape, and smell of vinyl records and how listening to them can lift her spirits or carry her far away from the demands and the disappointments of the day. There is a depth and resonance to what vinyl records deliver that can also be said about this film. It will stick with you long after you've left the theater. 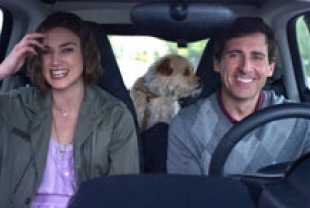 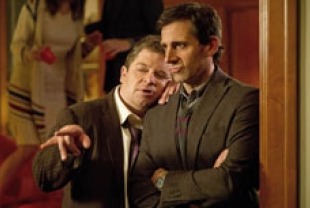 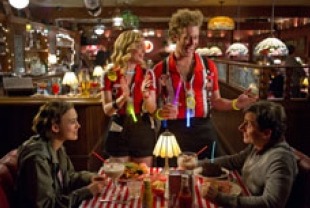