Directed by Adam Reid
Six vulnerable and appealing characters on a quest to escape the prison of their loneliness.

Studies show that roughly 20% of people are feeling lonely at any given moment. We usually think of lonely people as being in physical isolation yet all of us have experienced loneliness at a party, in a crowd at a sporting event, or seated at a table at a wedding celebration. Other studies reveal that Americans today have fewer close friends than previous generations did. According to a survey taken by the AARP, more than 44 million Americans suffer from loneliness.

In 1976, Kurt Vonnegut wrote a story about a pediatrician who ran for President of the United States with the slogan "Lonesome No More." He had a plan to create artificial families — designated by new totemic names — thereby linking every citizen to all of his or her brothers and sisters. The story reveals our deep yearning for connection with others.

Now writer, director, and producer Adam Reid has crafted a heart-affecting, wry, and revealing film about loneliness in the lives of six appealing and idiosyncratic individuals who are still looking for love.

Bill (Harry Chase) is a busy voice-over artist who works out of a studio in his home. He likes the privacy which allows him to work, take care of his garden, or jump on the trampoline in his underwear. Bill treasures his independence but yearns for some companionship. He makes several phone calls asking forgiveness from his estranged daughter but she refuses to call him back. The only one who sees him regularly is Omar (Kamel Boutros), a friendly delivery man who trades barbs with him. When Bill gets in trouble, this acquaintance is the only one who can help him.

Eleanor (Lynn Cohen) loses her driver's license on account of macular degeneration and is forced to sell her 1966 Thunderbird coupe. When her next-door neighbor Gary (James Urbaniak), a divorced copyeditor, hears about her plight, he volunteers to drive her to the grocery store. Eleanor responds by inviting him to dinner. She reveals that what she misses most as a widow is not sex but cuddling. Or as her husband put it: "Let's not mess around. Let's just rest together." So these two lonely people who are years apart in age, find their way to a small taste of intimacy that appeals to both of them.

Gordon (Nate Smith) spends a lot of his time on online sports betting services and on a dating service. He connects with Debby (Sabrina Lloyd), a perky young woman who appreciates his sexual prowess and willingness to let her assert her needs in their blooming relationship. Gordon surprises her in many ways by showing the versatility of his love when she needs it most.

Joan Chittister, the sensitive spiritual author, has said: "Don't be afraid to be lonely. Loneliness teaches us what we lack and what we don't. Loneliness is a short course in human development." The six colorful and vulnerable characters in this film find their own personal keys to unlock the prison doors of their loneliness. That is why this film is such good and healing medicine.

Special features on the DVD include a bonus short film While the Widow Is Away. 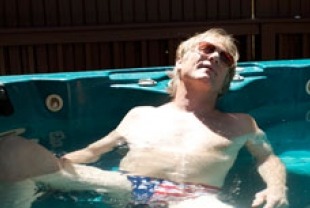 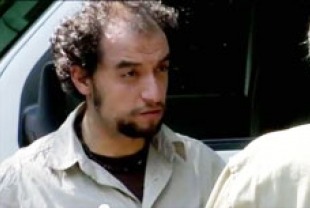 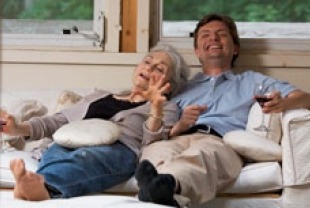 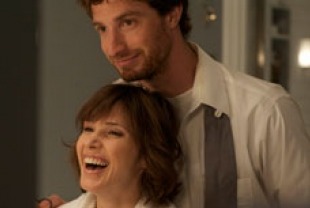