Directed by Joe Wright
A fresh version of the classic romantic drama, set on a theater stage, that explores the choices people make for passion.

This classic romantic drama follows in the train of 26 other screen versions of Tolstoy's 1873 novel. No wonder director Joe Wright, a master of costume dramas with Pride & Prejudice and Atonement under his belt, felt the need to create something completely different. Instead of filming in Russia or in elegant English mansions, the action takes place in an ornate 19th century theatre. The stage is transformed from homes in St. Petersburg, to the Karenina apartment, a ballroom, a horse racing track, an ice rink, and more settings. This fresh approach may distract some members of the audience but others will see in the use of theatre a metaphor for the propensity of most of the characters in the film to come across as high society imposters playing various roles.

Anna Karenina (Keira Knightley) is the alluring and unhappy wife of Aleksei Karenin (Jude Law), a rigid thinking Imperial minister who seems to be lacking in human warmth. They have an eight-year-old son Serhoza (Oskar McNamara) who is very close to his mother. Attending a ball and expecting nothing new to happen, Anna is knocked for a loop at the sight of Prince Vronsky (Aaron Taylor-Johnson), a handsome young cavalry officer who is decked out in a spiffy white uniform. All the other males fade into the background once he takes Anna on the dance floor and struts his sexual prowess.

At first Vronsky cannot get enough of Anna and she is caught up in the sheer ecstasy of receiving from him what she has been missing in her boring marriage. Once they flaunt their affair in public, all the members of Russian high society are enraged that Anna has committed the unforgivable sin: she has abandoned her husband and child in order to sate herself on sex. She is made to feel like a harlot and only one of her friends (Michelle Dockery) speaks with her in a public place. When Anna and Vronsky weigh the high cost of their ardent love, they are both taken aback by what has been lost and cannot be retrieved.

Director Joe Wright does a marvelous job orchestrating this fresh version of Anna Karenina; he definitely has a knack for drawing the best possible performance out of Keira Knightley. She excels in conveying Anna's courage in refusing to allow society to keep her imprisoned within a moribund marriage. The top-drawer screenplay by Tom Stoppard hits the mark with its portrait of a hypocritical society at its worst. 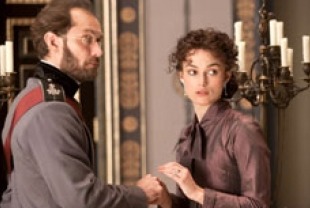 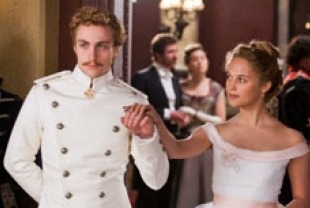 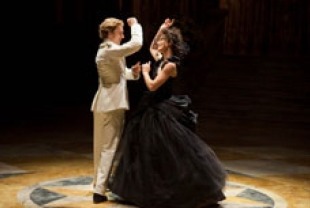 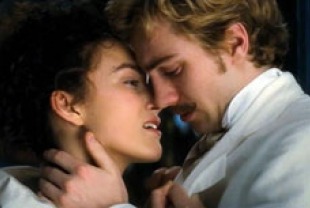 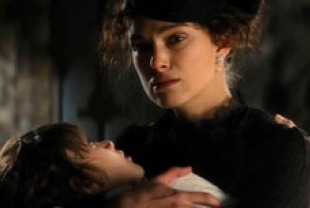