Directed by Darragh Byrne
A remarkable Irish drama about a homeless man living in his car whose friends help him get unstuck.

"Lose yourself
escape from the black cloud that surrounds you
Then you will see your own light
as radiant as the full moon."

You may know that feeling of being stuck in a rut without the energy or the will power to move forward in your life. Then it will be easy for you to empathize with Fred (Colm Meaney), an Irishman who has returned home from England only to discover there is no work to be found. Without any means to support himself, he lives in his car in a pleasant car-park near the sea.

With all his extra time, Fred creates gadgets to make his lonely life palatable. He uses public restrooms to freshen himself up but is not happy with the lack of privacy. And then, having grown used to being the only one in the car-park, he is miffed when a young man Cathal (Colin Morgan) moves his vehicle into it and starts living there.

Cathal is a drug-addict who is not well but sharp enough to see that Fred has given up on even the ordinary pleasures of life. He introduces the older man to a pool where he can clean up and enjoy a dip in the water. There Fred literally bumps into Jules (Milka Ahlroth), a Finnish woman taking a water aerobics class. He later finds her inside a church playing the piano for the choir. Cathal encourages him to take their budding relationship further but Fred is too embarrassed by his homelessness.

"Good friendships are fragile things and require as much care as any other fragile and precious thing."

Convinced that his new friend needs some adventure in his life, Cathal teaches him how to do a spin-out in his car. Fred, much to his surprise, has fun doing this. But he worries about Cathal's addiction to drugs and the adverse effect they are having on his health. "Is your reality really that bad?" Fred asks. Eventually he learns about the young man's alienation from his father. But more troubling is an angry drug dealer who wants to be paid.

"Anything that crowds the life out of you is junk."

In his debut as a feature film director Darragh Byrne has fashioned a convincing and unconventional drama about homelessness, the good medicine of friendship, and the miracles that can take place in the hearts of people that are stuck and unable to move ahead in their lives. Both Cathal and Jules provide Fred with the encouragement he needs to make some changes. In the last scene of the film, Fred conquers an old fear and shows that he is on a spiritual path to freedom and joy, which reminded us of a poem. So we retrieved this poem for all of you:

"We have not come here to take prisoners,
but to surrender ever more deeply to freedom and joy
Run my dear
from anything
that may not strengthen
Your precious budding wings

"For us we have not come to take prisoners
Or to confine our wondrous spirits
But to experience ever and ever more deeply
Our divine courage, freedom, and Light!"
— Hafiz from The Gift 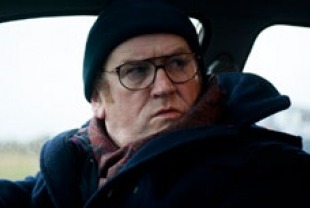 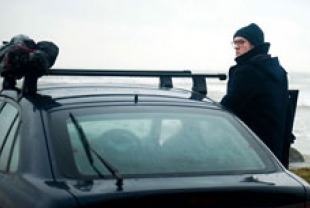 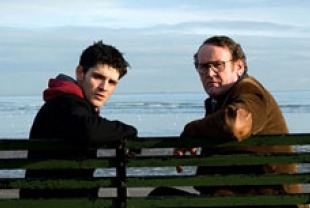 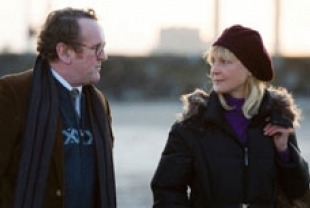