Directed by Stephen Vittoria
A documentary charting the extraordinary work of Mumia Abu-Jamal from his prison cell over decades.

During the Jim Crow era of American history, African-Americans existed as second-class citizens in a segregated society. Laws have banned segregation but now, according to Michelle Alexander, a longtime civil rights advocate, nearly half of the nation's black men are in prison or have been labeled felons. As a result, they are subjected to discrimination in employment, housing, education, public benefits, and jury service. Or as Alexander states: "We have not ended racial caste in America; we have merely redesigned it."

Mumia Abu-Jamal is one of the most famous and impressive prisoners in the United States. In 1982, he was charged with shooting a Philadelphia policeman and was found guilty of first degree murder. Thanks to widespread support over the years, Mumia's death sentence was recently overthrown. Documentary filmmaker Stephen Vittoria has chosen not to look into the particulars of this extraordinary man's case and focuses instead on his life and work in prison as a journalist, writer, cultural commentator, and revolutionary. In his cell, Mumia has written seven books and recorded over 2,000 radio commentaries.

Writing prophetic words from prison puts him in good company with Dietrich Bonhoeffer, Mahatma Gandhi, Dr. Martin Luther King, Jr, Daniel Berrigan, and others. The always audacious Cornel West says of Mumia: "He forces us to come to terms with the depths of the crisis of the American Empire." His writing zeroes in on the death of imperialism and the search for alternatives. Also on hand to celebrate the courage and the creativity of Mumia are Alice Walker, Angela Davis, Rubin Hurricane Carter, Dick Gregory, Ruby Dee, Giancarlo Esposito, and Amy Goodman.

In our times of deep and widespread ethical disarray, it is good to know that this passionate black man has remained true to his vision and to his difficult role as a prophet of a nation gone astray.

Special features on the DVD include a short film: "The Case Moments We Can't Believe Didn't Make It in The Film"; Alice Walker talks about the film; Noam Chomsky talks about Mumia; and "The Art of Mumia.." 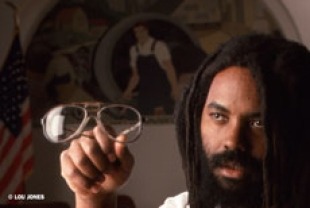 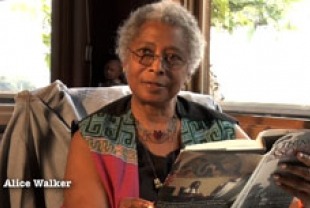 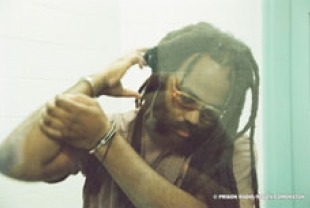 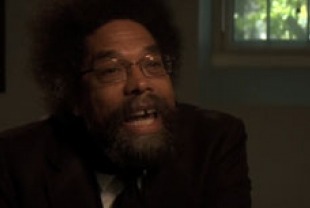