Directed by Brian Skeet
A compelling drama about grief based on a novel by Peter Cameron.

The process of grief takes its time to play out naturally. It cannot be rushed or pigeon holed into a one-size-fits-all formula. In this drama based on a novel by Peter Cameron, writer and director Brian Skeet focuses on a group of people in an upstate New York region who gather together to mourn the passing of Tony (D. B. Sweeney), a victim of AIDS a year ago.

There is a chill in the marriage of Tony's half-brother John (Jared Harris) and his wife Marian (Deborah Kara Unger), who is consumed by moods of deep depression. Although they have a baby, the child has not brought them closer together. Visiting them for the weekend is Tony's old lover Lyle (David Conrad). They are very surprised when he brings along Robert (James Duval), a young painter.

Meanwhile at another place across the lake, Laura (Gena Rowlands), a wealthy widow, is stunned by the unexpected visit from her rebellious daughter Nina (Brooke Shields), an actress who is accompanied by Thierry (Gary Dourdan), a black Parisian. This mother and daughter reunion only serves to accentuate their differences and their inability to love each other.

The two of them show up at John and Marian's house for a dinner party. The interaction between all the guests is influenced by the departed spirit of Tony. John and Marian's marriage is rocked, her friendship with Lyle is damaged, and Lyle's relationship with Robert is put into jeopardy. The lesson in this drama is that time alone cannot heal the wounds of grief. Loyalty to life is what brings comfort and renewal. And for many, that is very difficult to cultivate. 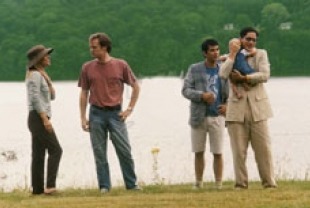 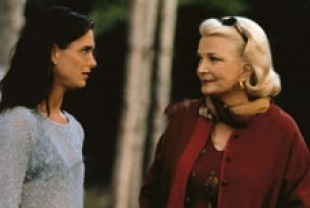