Directed by Pauline Chan
Touching story about how the spiritual practice of enthusiasm works wonders in the life of a man in prison.

For ten years, Australian Dean Randall (Guy Pearce) has been the sponsor of Mei-Mei, a little girl living in a Chinese orphanage. He has sent her a constant stream of postcards and provided her with much needed financial assistance. His presence in her lonely existence has been a real lifeline. Dean has found the long-distance relationship with Mei-Mei to be rewarding as well. Over the years, he has kept a scrapbook of their communications and her photographs.

Now 16, Mei-Mei (Zhu Lin) is called "Little Sister" by the members of the orphanage choir who enjoy it immensely when she takes the baton and leads them in singing. Imagine her excitement when the choir goes to Sydney, Australia, to perform. Miss Chen (Elaine Jin), the orphanage supervisor, is shocked when Mei-Mei disappears into the city to locate her sponsor. She wants to tell him face-to-face how grateful she is for his support. He's told her that he is a park ranger with a home by the beach. Imagine her surprise when she discovers he's a prisoner in jail. Despite his turning away from her in humiliation and admonishing her to never come back, she persists in visiting him. By nature an optimistic and enthusiastic person, Mei-Mei is determined to give him the same kind moral support and encouragement he gave her.

33 Postcards is a joint Chinese and Australian production directed by Pauline Chan. She has discovered a radiant young actress in Zhu Lin who lights up the screen with her smile and exuberant manner. Mei Mei accomplishes her mission with Randall even though he is knee-deep in trouble with a violent prison thug and a brother who works for a garage owner stealing high-end cars. Luckily Randall has a lawyer, Barbara (Claudia Karvan), who has his best interests at heart and is immensely impressed with his caring relationship with Mei-Mei.

Just as the angry Midwesterner in About Schmidt is buoyed up by letters to his little African pen pal, so Randall finds his life set on an unexpected new course by his encounter with Mei-Mei in Sydney. The spiritual practice of enthusiasm is miracle-working medicine! 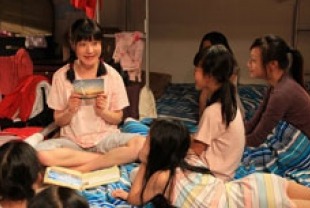 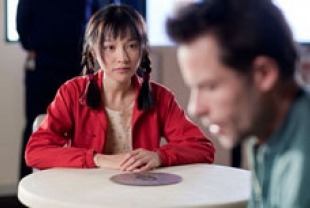 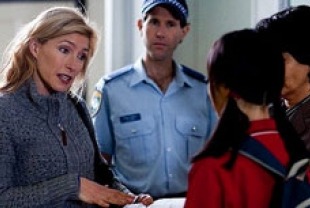 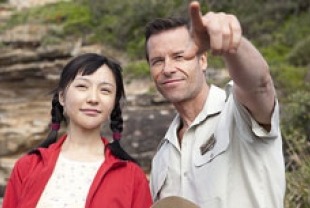