Directed by Paul Gordon
A laid-back green entrepreneur capitalizes on patience and perseverance in his quest to operate a successful organic food cart.

Bill (Paul Gordon) is a laid-back young man who quit his corporate job in hopes of starting an organic vegetarian food stand selling hummus and eggless egg sandwiches instead of hot dogs. He does not have much luck getting the small-business loan he needs so he is forced to rent a hot dog cart from an unpleasant man.

Setting up his food cart near a park, Bill patiently tries to deal with the succession of customers who want hot dogs. He gives away his vegetarian sandwiches to Agnes (Liz Fisher) and others in order to win them over and make them into regular customers. A clever and street savvy friend, Donnie (Jonny Mars), offers to be his business partner and to deliver the sandwiches; he develops a customer list by selling pot with the take-out. He also advises his socially inept boss on ways to ask Agnes to go out on a date with him.

This spiffy comedy cheers the patience and perseverance of this green entrepreneur who meets with success by not trying to achieve it. This urban parable has a Taoist feel to it as Bill does his thing and makes poetry with his work that is much more impressive than any poetry he has written. 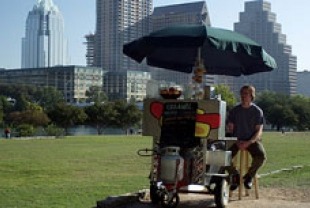 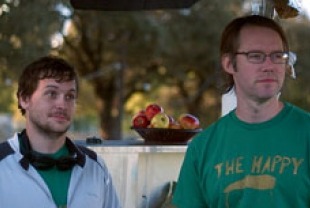 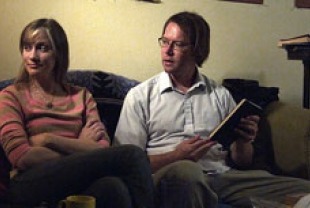