Directed by Jon Turteltaub
A deeply satisfying movie that celebrates the bounties and the mysteries of the human spirit.

Phenomenon is a deeply satisfying movie directed by Jon Turteltaub that celebrates the bounties and the mystery of the human spirit. On his 37th birthday, George (John Travolta), a mechanic in a small California town, is knocked over by a flash of light from the sky. He then discovers that he can't sleep at night, has telekinetic powers, can reads four books a day, and is able to sense pre-earthquake activity. George's amplified brain power confounds Doc (Robert Duvall), his surrogate father, and Nate (Forest Whitaker), his best friend.

A prank with a nearby Air Force base draws out the FBI which labels George "a security risk" after testing his mental acumen. Soon the townsfolk turn against him believing that he is either an alien or a wacko. George's diverse interests in foreign languages, cryptology, organic gardening, and solar heat are a threat to them. In addition to Doc and Nate, the only one in town to stand by him is Lace (Kyra Sedgwick), a single mom he's courting. In the end, George's transformation into a wunderkind is superseded by an even bigger surprise that reveals him to be a deeply spiritual man who demonstrates selfless love, sees clearly, serves others, and honors the connections between all things. 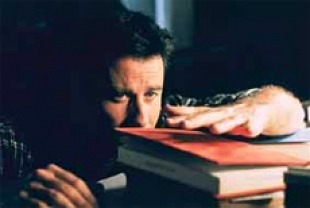