Directed by David Lowery
A character-driven post-Western drama about the terrible toll of loss when two lovers are separated from each other for a long time.

"It is the image in the mind that binds us to our lost treasures, but it is the loss that shapes the image."
— Colette

We are used to thinking of loss in terms of the deaths of people that we love. But this capacious term goes far beyond that description. We can also be rocked to the core by leaving and being left, by changing and moving on. Such separations and departures often cause us great suffering, pain, and dismay. But perhaps the saddest loss of all is the loss of a love that we vowed never to let go. That is the theme of Ain't Them Bodies Saints, written and directed by David Lowery. The artistic craftsmanship, the cinematic beauty, and the indirect storyline bring to mind Terrence Malick's Badlands and Robert Altman's McCabe and Mrs. Miller.

Bob Muldoon (Casey Affleck), Ruth Guthrie (Rooney Mara), and a friend pull off a robbery in a small Texas town in the 1970s but are caught after a shoot-out with the police. Patrick (Ben Foster), a local cop, is wounded. Although Ruth was the one who shot him, Bob takes the rap and goes off to prison. He lives for the day when they will be reunited and to prove his devotion and sincerity, he writes many letters to her.

Skerritt (Keith Carradine) owns a shop in town and has provided Ruth with a house next door so she can look after her baby girl. But he blames Bob for the death of his son, their robbery accomplice who died in the confrontation with the police. Ruth goes to church and does what she can to ward off the guilt she feels for shooting Patrick. Without knowing this fact, the kind and decent man falls in love with this beautiful young mother who is trying to make her own way in the world without any more help from others.

After trying to escape from prison five times, Bob succeeds on the sixth try and heads back to Ruth. He is a driven man with dreams of taking her and their daughter to a place far away where they can live happily ever after. But in the nuanced screenplay by director Lowery, Bob has no idea what lies in store for him once he gets home.

Besides giving us a rounded glimpse of the loss experienced by separated lovers, the filmmaker has fashioned a sense-luscious drama with mood inducing music by Daniel Hart and top-drawer cinematography by Bradford Young. 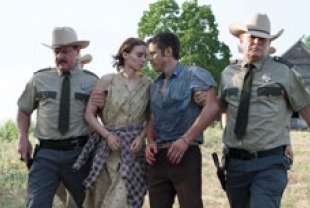 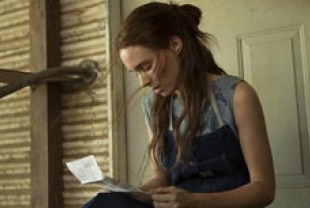 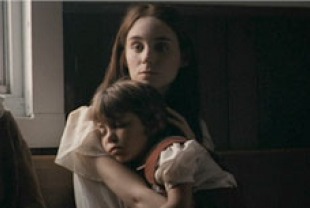 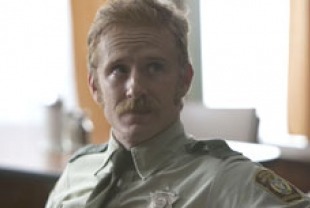