Directed by Ashgar Farhadi
An Iranian film about the close encounter of a woman unlucky in love, her unhappy children, her ex-husband, and her new lover.

Iranian writer and director Ashgar Farhadi's A Separation won the 2012 Academy Award for Best Foreign Language Feature. He has a special gift for imagery that conveys the emotional turmoil of people in distress, anger, or depression. In the opening scene of this riveting drama, Marie (Berenice Bejo) anxiously looks for Ahmad (Ali Mosaffa) at Charles de Gaulle Airport. She is standing behind a glass partition, and he does not see her. Another passenger does and points him in her direction. They try to communicate through the barrier that separates them but on their faces we can see that they are frustrated and impatient.

Ahmad has returned to Paris from Iran where he has lived for the past four years. Marie has asked him to come back to sign their divorce papers and say goodbye to her children from a previous relationship. He is miffed when she tells him that he will not be staying at a hotel as he expected but in her chaotic and messy home where Samir (Tahar Rahim), her lover, and his young son Fouad (Elyes Aguis) now live.

Ahmad suddenly finds himself immersed in the tensions of the household. Marie has returned to smoking and is very nervous and high strung. She wants Ahmad to find out what has set her teenage daughter Lucie (Pauline Burlet) against her. It turns out Lucie doesn't like Samir and wants him out of the household. In addition, she has a secret which could shatter the already tattered family bonds.

Ahmad further proves his skills as a mediator by drawing out Fouad who is upset about his mother who is in the hospital in a coma after a suicide attempt. The only child who seems unscathed by it all is Lea (Jeanne Jestin), Marie's young daughter.

The Past is an ambitious drama that tries to depict the ways in which we are all prisoners of the past, locked into our self-made cells, and struggling to be set free. Farhadi also manages to make a case for the incredible complications and challenges faced by children in stepfamilies. Pauline Burlet as Lucie and Elyes Aguis as Fouad present convincing portraits of children who have been badly wounded by the warfare taking place in their homes. Ali Mosaffa carries the drama with his improvised peacemaking efforts whereas Berenice Bejo as Marie leaves us wondering if she will ever be able to be content in a relationship. 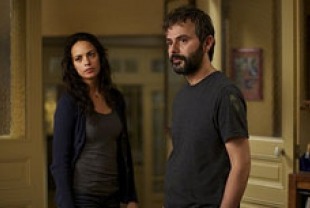 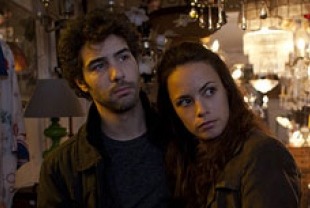 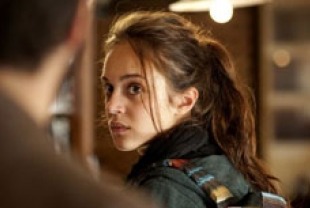 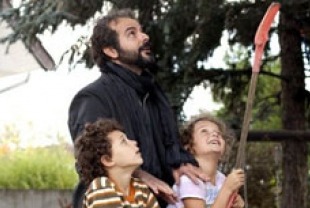