Directed by Calin Peter Netzer
A tour de force performance by Luminita Gheorghiu as a controlling mother trying to blast her way back into the life of her thirty-something son.

Cornelia (Luminita Gheorghiu) is a wealthy middle-aged architect in Romania. She is married to a diffident doctor who has let her take center stage in their relationship. Just before her birthday, she shares with her best friend Olga (Natasa Raab) the problems she is having with Barbu (Bogdan Dumitrache), her thirty-something son who has been ignoring her and recently treated her with disdain by throwing her out of his car. Cornelia has nothing good to say about Carmen (Ilinca Goia), his live-in lover who is bringing her young daughter to live with them. Desperate to get the latest scoop on her son, this domineering mother has even talked to the maid about him.

Befitting her high standing in upper-class Bucharest society, Cornelia is attending an opera rehearsal when Olga arrives and informs her that Barbu is in police custody for having killed a 14-year old boy while passing another car on the freeway. Seeing her chance to take charge and win back her son's affection and respect, she immediately shifts into high gear and bullies the two cops trying to get him to fill out a report on what happened. Meanwhile, she has her husband intercede with a medical examiner who is set to do blood tests. Then there are the tricky negotiations with the driver Barbu passed just before the accident. He is a clever wheeler dealer who knows that without his help Cornelia's son life and career could be ruined.

Child's Pose won the Golden Bear at the 2013 Berlin Film Festival and is the official Romanian entry for Best Foreign Language Film for the 86th Academy Awards. It is the third feature film directed by Calin Peter Netzer. The drama follows in the train of other high quality Romanian films such as 4 Months, 3 Weeks and 2 Days, The Death of Mr. Lazarescu, Beyond the Hills, and Police, Adjective.

Cornelia is in sync with the ruling class around the world who are rich, powerful, and able to influence control over others. Luminita Gheorghiu puts in a tour de force performance as this strong-willed mother who is determined to win back her son no matter what it takes. She hits high stride in the closing sequences of the film when she visits the working-class family of the boy he killed. Here the screenplay writer shows us how messy, sad, and noble the act of forgiveness is when it has to do with the sudden death of an adolescent. 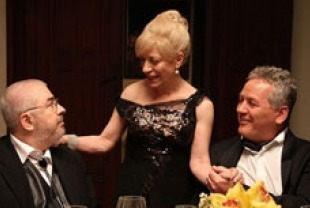 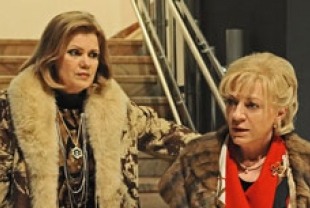 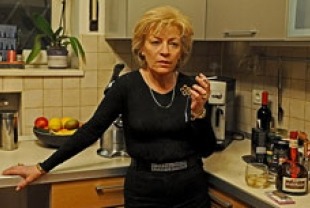 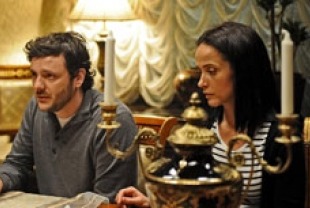