Directed by Michel Spinosa
A complex spiritual and psychological drama set in France and India where two married couples struggle with mysteries they cannot comprehend or control.

His Wife is a mesmerizing French film directed by Michel Spinosa (Anna M.) who wrote the screenplay for Renoir. This spiritual and psychological thriller delves into marriage, death, loss, religion, forgiveness and cross-cultural differences. We see two marriages — one in France and the other in India — rocked by primal forces which they cannot comprehend or control.

Joseph (Yvan Attal) is a veterinarian in France who marries Catherine (Charlotte Gainsbourg), a sensitive soul who has become addicted to a drug that has replaced her heroin habit. When the child she is carrying dies, he blames her because of all the toxins she has put into her body over the years. Later, her body is found washed up on a beach in Madras, India.

Joseph is perplexed when Gracie (Janagi), a young Indian woman who has just been married, is possessed by Charlotte's angry spirit that troubles her and won't let her rest. In India, the spirit of a dead person is known as a "pey" and it usually takes over the bodies of Tamil women, especially brides.

When Joseph locates Gracie, she is chained near a tree along with other mentally unhinged people who have been ostracized by their communities. Her husband and brother look after her. She knew Charlotte, and he finds himself mysteriously drawn to her and the loss of her normal life. Joseph is seeking forgiveness for his shoddy and uncompassionate treatment of his wife.

Writer and director Spinosa and co-writer Agnes de Sacy show us how suffering can derail the intimacy and deep respect of marital relationships. They also reveal how both Eastern and Western people must deal with the mysteries of human nature and the inexplicable dynamics of spirit possession. The strong and sensitive performances by Janagi, Attal and Gainsbourg go a long way in helping us handle these difficult themes. 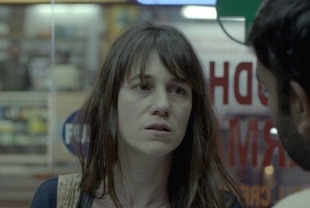 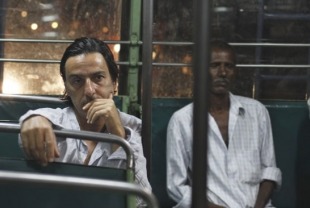 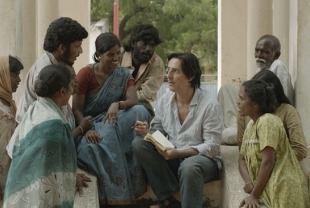