Directed by Ira Sachs
A moving drama about an aging gay couple forced to improvise when their life together in love is put in jeopardy.

After 39 years of living together in Manhattan as a couple, George (Alfred Molina), a music teacher, and Ben (John Lithgow), a painter, decide to get married. Among the relatives and friends who are delighted to share this joyous moment with them are Ben's nephew Elliott (Darren Burrows), his wife Kate (Marisa Tomei), their teenage son Joey (Charlie Tahan), and two extrovert cops Roberto and Ted (Manny Perez and Cheyenne Jackson). But their emotional buoyancy is punctured and deflated when word of the marriage reaches the bishop of the New York archdiocese. George is fired from his teaching job at the Catholic school despite the fact that he has always been open with the students and parents about his relationship.

This unplanned setback compels the two men to take a hard look at their finances, and they realize that there in no way they can continue to stay in their apartment. Looking for a new place turns into a nightmare and takes much longer than they had anticipated. George and Ben cannot believe that they are essentially two homeless old men. Ben is forced to stay with his nephew in Brooklyn, and George sleeps on the couch of the cops' apartment.

Living with others in close quarters is not what this gay couple had in mind for their elder years. With Elliott gone most of the time, Kate is forced to look after Ben. His need for conversation irks her especially when she is working on her new novel. Joey is upset at having to sleep in a bunk bed with his uncle and gets really irritated when Ben decides to do a painting of his best friend (Eric Tabach). In a phone call to George, Ben says, "Sometimes when you live with people, you know them better than you care to." George feels the same way as his two friends host one party after another until George feels like a lonely alien from another planet.

Director Ira Sachs and co-writer Mauricio Zacharias have created a genuinely moving drama about the resiliency and improvisation that is needed for all stages of life. As George expresses in a letter, "Life has its obstacles, but I've learned early on that they will always be lessened if faced with honesty." That perfectly describes what is so special about Love Is Strange: it challenges us to witness and respect the feelings and moods not only of George and Ben but also for those who provide them with temporary homes. This is easier due to the incredibly natural performances by all the cast.

Love Is Strange is a beautiful love story that reminds us to heed the counsel of Shamaan Ochaum Climbing Eagle:

"Keep your passion alive —
it will warm you when
the world around you grows cold." 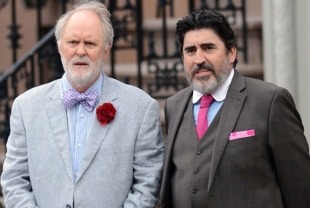 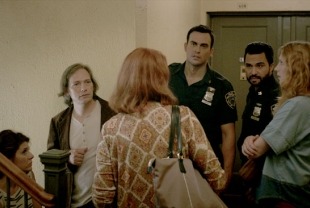 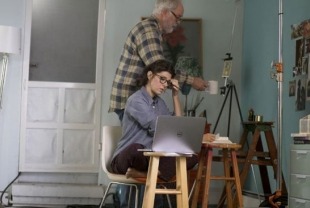 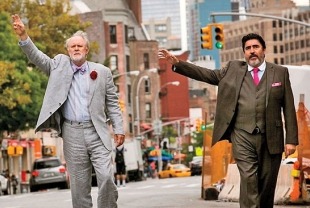