Directed by Craig Johnson
An exploration of both the complications and the life-affirming dimensions of sibling relationships.

Milo (Bill Hader) and his twin sister Maggie (Kristen Wiig) have been estranged from each other for ten years. Yet on a fateful evening, they are drawn together without even knowing it. In Los Angeles, he has slashed his wrists leaving behind a suicide note: "To whom it may concern. See ya later (Smiley face)." And in West Nyack, she is about to take a heavy dose of sleeping pills when she is interrupted by a phone call about her brother.

Milo is stuck in a limbo land of depression and feelings of futility after having failed to fulfill his dream of becoming an actor. Feeling lonely and without hope, he accepts Maggie's invitation to stay for a while with her and her husband Lance (Luke Wilson), whom she met in high school. He's a decent man who loves her even though he doesn't understand her. He thinks they are trying to start a family, but she is taking birth-control pills and having random sex with other men.

In this psychological drama about siblings, director Craig Johnson catches and effectively conveys the playfulness which ties Milo and Maggie together. In one scene, he dresses as a woman for the Halloween parade and in another, this goofy guy ties to evoke Maggie's smile by lip-synching the Jefferson Starship's rousing ballad "Nothing's Gonna Stop Us Now."

Their father once referred to Milo and Maggie as "the gruesome twosome." And so they are entombed in depression at middle age and unsure of how to find some meaning and balance in their lives. A visit by their mother Judy (Joanna Gleason), who is into New Age spirituality, does little to perk either of them up given their vivid memories of her failures as a parent. Maggie plunges even deeper into despair when she learns that Milo has been secretly seeing Rich (Ty Burrell), a high-school English teacher who had sex with him when he was just an adolescent.

The Skeleton Twins explores both the complications and the life-affirming dimensions of sibling relationships. 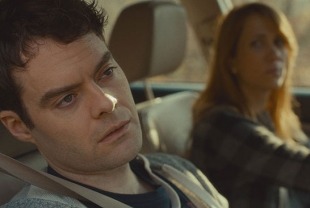 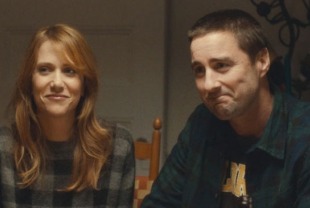 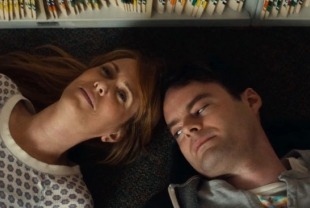 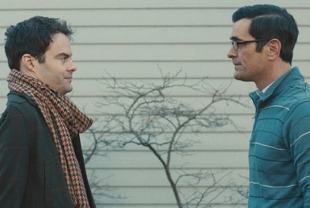 R – language, some sexuality, drug use