Directed by Ursula Meier
Drama about a 12-year-old Swiss boy who struggles to survive and ward off his loneliness.

Simon (Kacey Mottet Klein) is 12 years old and lives with his sexy older sister Louise (Lea Seydoux). She flits in and out of his life like a vagabond musician who lives mostly on the road. She never has any money and is often dependent on Simon for handouts to keep her moving from one boyfriend to another.

In order to survive in the Swiss town where they have an apartment, he spends his days at a posh ski resort stealing skis and other sports paraphernalia. Simon befriends a resort cook (Martin Compston) and tells him he has no regrets taking the possessions of wealthy people who have so much that they don't even miss it when it's gone. When this new black market middleman asks him about his family, he lies about the deaths of his mother and father in a car crash.

Simon floats through his life alone on the lifts which transport him to the ski resort high in the sky. To his peers down in the bleak industrial town, he is a hero; one little boy convinces him to let him come along on a stealing expedition. Simon receives few accolades from the resort staff who are working the winter shift: these older men pity him as a lost little boy. His efforts to impress a beautiful English mother (Gillian Anderson) who is on a trip with her two young children falls through and reveals the yearning he has for connection with someone who truly loves him.

Ursula Meier directs Sister. It offers a compelling slice-of-life drama that has us cheering for the unfortunate Simon even though we know that it will be very hard for him to break free of the life he has chosen for himself. Kacey Mottet Klein, who is on screen most of the movie, is a charming scoundrel and intrepid entrepreneur. He's also a survivor with a talent for improvisation: bothered by the noises of Louise and a boyfriend, he snaps off the filters from a cigarette and uses them for ear plugs.

Lea Seydoux as Louise does not say very much and we do not learn much about her given the large amount of time she spends away from the apartment. A major surprise takes place near the end of Sister that sheds light on the burdens Simon and Louise bear as best they can.

This film is a gripping psychodrama that really works well. It also offers a rather poignant glimpse of the growing gap between the rich and the poor in Europe where capitalism is showing some of its nastier elements to the younger generations. 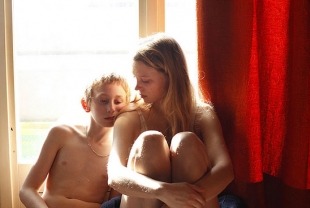 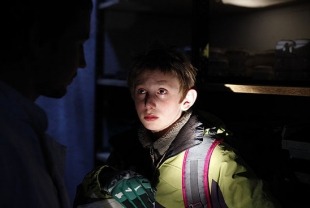 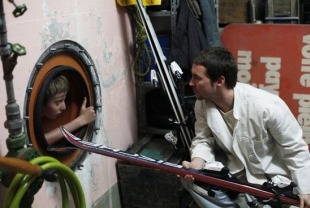 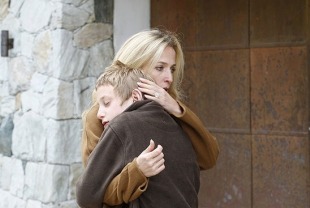