Directed by Paolo Virzi
A vivid portrait of the decadence of the wealthy.

This Italian film directed by Paolo Virzi revolves around the incredibly wealthy Bernaschi family and those who play supporting roles in the ongoing melodrama of their lives. Dino Ossola (Fabrizio Bentivoglio) sells real estate but has much larger ambitions and dreams. He drops off his daughter Serena (Matile Gioli) at the luxurious villa where her boyfriend Massimiliano (Guglielmo Pinelli) lives with Giovanni (Fabrizio Gifuni), his hedge fund manager father, and Carla (Valeria Bruni Tedeschi), a one-time amateur actress. Then this greedy middle-ager joins Giovanni in a tennis match as partners. They win and Dino decides to mortgage his house and business in order to buy into the Bernaschi family hedge fund where he hopes to make a 40% profit. He keeps all this from his second wife Roberta (Valeria Golino) who is caught up in her own excitement of a surprise pregnancy.

In order to find some fulfillment in her life, Carla stumbles upon an old theatre and takes a leap in the dark by setting up a committee to consider reviving it with new plays. Repeatedly humiliated by her husband who thinks she has no head for business, she responds to Donato (Luigi Lo Cascio), who is thrilled to be a part of her project; they have sex while watching Carmelo Bene's movie Our Lady of the Turks.

Another section of Human Capital deals with Serena who falls in love with Luca (Giovanni Anzaldo), an artist who is scorned in the youth community for being a drug dealer. Their relationship becomes more intense and fraught with danger when they are questioned by the police in reference to a hit-and-run incident on the highway where a man was knocked from his bike and suffered internal bleeding.

Although this last incident leaks some of the energy from the film's critique of class differences and the inability of the superrich to enjoy what they have, Human Capital stands alongside another Italian film called I Am Love as a vivid portrait of the decadence of the wealthy. Both stories are set near Milan, Italy. There is a moral message which comes across loud and clear: Wealth and privilege do not make the grade as substitutes for love and respect.

Special features on the DVD include a making of featurette, deleted scenes, and a music video. 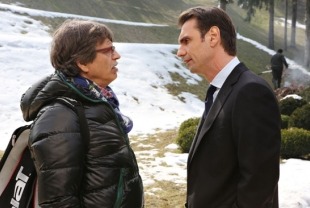 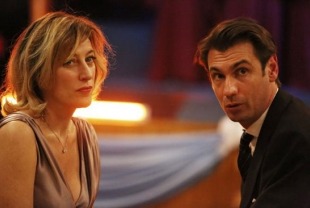 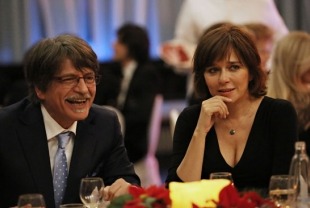 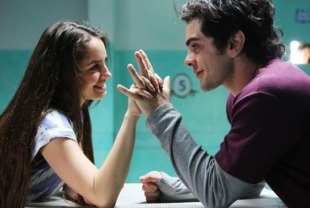