Songs My Brothers Taught Me

Directed by Chloe Zhao
A Native-American brother and sister try in their own ways to find where they belong.

"Anything that runs wild has got something bad in them. You want to leave some of that in there, because they need it to survive," says Johnny (John Reddy) who lives on South Dakota's Pine Ridge Indian Reservation. Although he is talking about the frisky white stallion he is trying to break in, he is also referring to himself, a wild Native American high school senior who breaks rules by selling alcohol in the community where it has been banned. 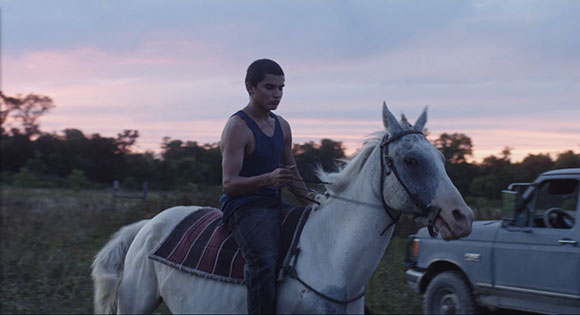 Johnny has big dreams for his future. When asked by his teacher what he wants to do when he grows up, he eagerly responds "a boxer." He and his girlfriend Aurelia (Taysha Fuller) want to go to Los Angeles and start a new life together. She will attend college there; he doesn't really know what he'll do but one thing seems certain to him: he has to get off the reservation.

Johnny is very close to his 13-year-old sister JaShaun (JaShaun St. John) but has not gotten around to telling her that he is going away for good. Things are turned upside down in their lives when the father dies in a fire. JaShaun visits the rubble and takes away some mementoes. This famous rodeo cowboy had at least 25 children by nine women. Johnny and his sister don't have much respect for their mother, Lisa (Irene Bedard), who has been a drunk. Her oldest son is in prison. 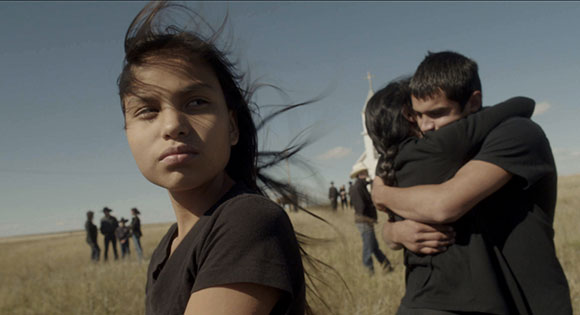 When JaShaun learns that Johnny is abandoning her, she begins a search for "another brother by a different mother." It is a wise thing to do in order to secure her survival. She hooks up with Travis (Travis Lone Hill), an ex-con tattoo/clothing designer, and volunteers to handle his precarious business operations. Then she befriends a rodeo rider who introduces her to the magic of riding bulls. 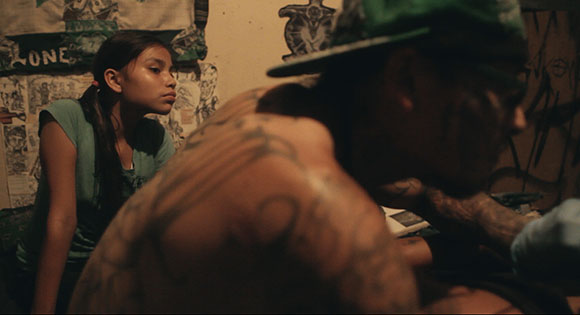 Songs My Brothers Taught Me is directed by Chloe Zhao who respects the silences of many distressed and confused Native Americans like Johnny and JaShaun who are trying to find where they belong and how to survive there. He tries the path of rebellion and wildness while she searches for a loving family that she has lost. As they struggle in their quests, both of these Native Americans underestimate the pull of the place they have taken for granted. The solace offered by the natural world -- the open spaces and the big sky -- work their magic on them and on us.