Margarita with a Straw

Directed by Shonali Bose, Nilesh Maniyar
A touching Indian film about yearning and the spiritual transformations that come in its wake.

1. The Urge to Know and Be Known

"Deep within us is the urge to know and be known. It is as central to the core of our being as is the urge to dance in the sunshine or cry at weddings or sing in the shower or laugh at children or fall backward in the snow." 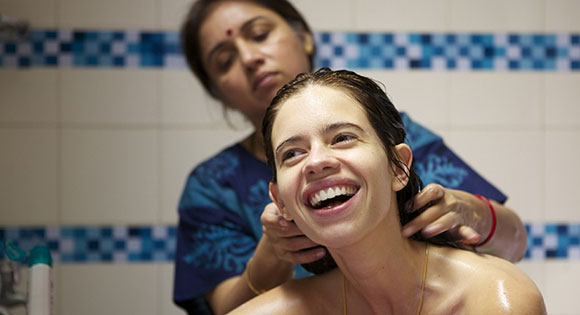 Laila (Kalki Koechlin) is a vibrant, sensitive, and beautiful young woman with cerebral palsy who lives in Dehli, India. She resides with her loving middle-class parents (Revathy and Kuljeet Singh) and little brother (Malhar Khushu). At the university, her best friend Dhruv (Hussain Dalal) is also differently abled; he who wants more than their platonic relationship.

Laila is a creative person who writes lyrics for a student band and desires a romantic adventure with the handsome lead singer Nima (Tenzing Dalha). But when her expectations are shattered, she decides to drop out of college. Her buddy is saddened by what he perceives as Laila's belief that she can fit into the world of able-bodied people. The urge to know and be known often animates our initiation into the adult world.

2. Taking Life into Your Own Hands

— Joan Chittister in Songs of Joy 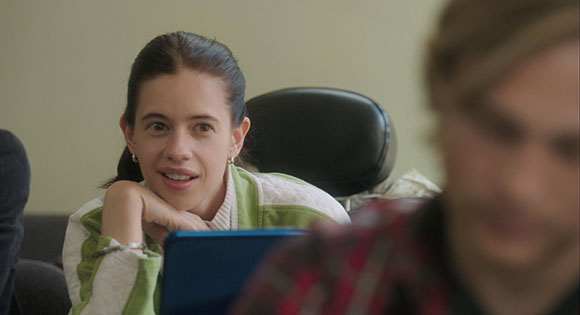 While others in her position would give up their dreams and aspirations, Laila moves beyond her disappointment and decides to apply for a scholarship to study writing at New York University. She is accepted. Her mother, realizing how important this fresh start is for Laila, accompanies her to Manhattan to help her find a place and settle down. Despite the setbacks and challenges in her life, Laila demonstrates a fearlessness that is admirable. She is willing to discover new parts of herself in a new mysterious world.

3. The Slow and Steady Ship of Desire

"Our desire must be like a slow and steady ship sailing across endless oceans, never in search of safe anchorage." 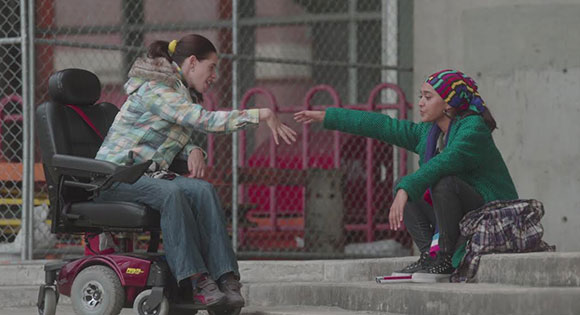 In New York, Laila discovers new desires. From the moment that she gets caught up in the midst of a clash between the police and Occupy demonstrators to the last scene in Margarita with a Straw, she is animated by the spiritual force field of yearning. It is something that takes us beyond ourselves and opens new doors to our essential selves. Laila meets Khanum (Sayani Gupta), a half-Pakistani, half-Bangladeshi who has the worldly knowledge that she is lacking.

The two women slide easily from friendship to being lovers, and the yearning for sexual ecstasy which has fueled Laila's fantasies is fulfilled in this passionate connection. But much to her surprise, Laila discovers that she has bisexual desires and so she gives in to having intercourse with Jared (William Moseley), a handsome young man from her creative writing class.

The slow and steady ship of desire then moves on to a stop in Delhi where Laila and Khanum spend time with her family. There is no safe anchorage for Laila who decides to tell her mother about her bisexuality.

"What's best in me lives underground, rooting and digging, itching for wings."

— Stanley Kunitz in Where the Roots Reach for Water 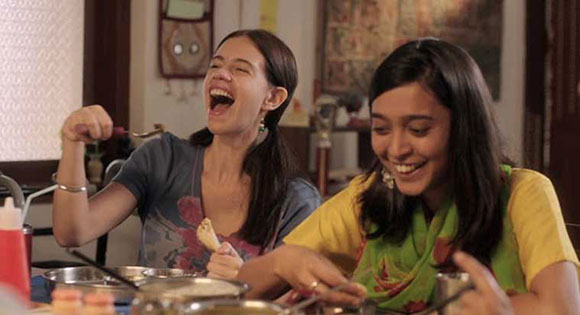 All of us can identify with the self-doubts and lack of self-esteem that overtake Laila after winning a trophy at a battle of the bands contest, after being rejected by the pop singer, and after being plunged into a romantic relationship that demands her attention, care, and energy. It is through the nurturing love of her mother and of Khanum that the best in Laila begins "itching for wings."

Director Shonali Bose has fashioned a heart-affecting film about yearning and the transformations that come in its wake. The astonishing performance by Kalki Koechlin is at the center of Margarita with a Straw (the actress does not have cerebral palsy). Two others shine as well: Revathy as Laila's mother and Sayani Gupta as Khanum.

Join Laila in the last scene of the film — and celebrate yourself — with one of these spiritual practices by Rabbi Terry Bookman in The Busy Soul: