Directed by Matt Ross
An astonishing film about an unconventional father and his six children who live in the wilderness of the Pacific Northwest.

There is a 1960s feel to this family film written and directed by Matt Ross. It begins with a deer hunt that has been set up for Bo (George MacKay), the oldest of six children who live in the wilderness of the Pacific Northwest. Their intense, fierce, and charismatic father Ben (Viggo Mortensen) announces after his son has killed the deer: "Today the boy is dead, and in his place is a man." This ritual is celebrated by Bo's brothers and sisters who range in age from seven to eighteen. 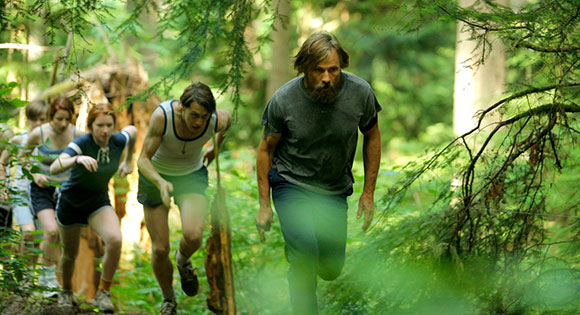 Ben and his children all miss the mother of the family, Leslie (Trin Miller), who suffered from bipolar disease and has committed suicide after being sent for treatment near her parent's home. In the wilderness, Ben and his children carry on with their self-reliant lifestyle. They live in a well-stocked compound, surviving without electricity, a sewer line, or cell phones. Their lives are rhythmic with daily training for the body, including hunting and rock climbing; home-schooling and extensive reading for the mind; and evenings of relaxation around the campfire with music and songs. One of their favorite holidays is Noam Chomsky Day where they shout and cheer the public intellectual for his progressive life and work. 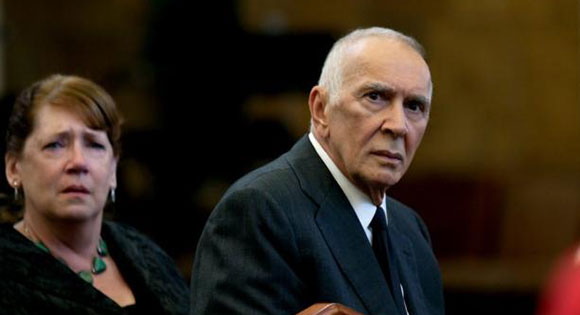 Leslie's stern and wealthy father (Frank Langella) blames his daughter's death on Ben and forbids him from attending her funeral at a church. This opposition energizes the zealous humanist who decides to drive across country with the children in a school bus and crash the service. He also wants to make sure that Leslie gets the Buddhist cremation ceremony she wanted as outlined in her will. 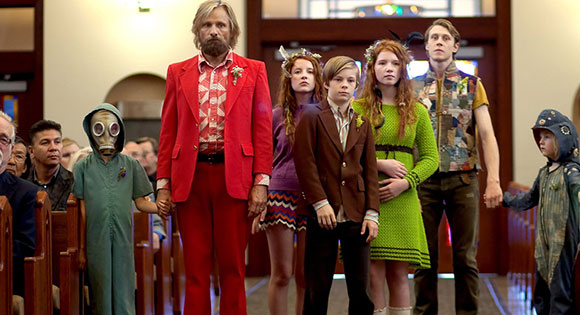 Ben and his clan stop for a visit with Leslie's sister (Kathryn Hahn) and her husband (Steve Zahn) who disapprove of his treating his kids as adults. When they insist he put the children in a normal school, Ben pits his daughter Zaja (Shree Crooks) against their sons in a quiz about the Bill of Rights. The adolescent boys, who give most of their attention to video games and their phones, can't come close to the knowledge the 10-year-old demonstrates.

The trip turns out to be revealing to Bo who in an encounter with a pretty girl his age realizes that although he is smart enough to have received admissions letters from Harvard, Stanford, Princeton, and other elite schools, he is clueless about intimate relationships. The other shock comes when Rellian (Nicholas Hamilton) rebels against his father and decides to stay with his grandparents in their mansion. These unexpected turns force Ben to take a hard look at his controlling and authoritative treatment of his children.

Captain Fantastic illustrates just how difficult it is to raise a family off the grid. Young adults experimented with communes in the 1960s in an attempt to live a more simplified existence in the natural world. They also protested against the dominance of capitalism and the consumer culture. While watching Ben struggle with his children's needs and his countercultural ideas we thought of The Mosquito Coast and Running on Empty as two movies with similar themes. More recently, The Kings of Summer connects with Captain Fantastic in its back-to-nature project. The film raises questions about the priorities of modern families, and how basic choices can influence children's values and engagement with the world. It also points out that there is no one way of parenting that fits every child's growth.

Special features on the DVD include Insane or Insanely Great?