The Sense of an Ending

Directed by Ritesh Batra
A thoughtful probe into the efforts of an elderly man to achieve closure in a past intimate relationship.

"I've been turning over in my mind the question of nostalgia, and whether I suffer from it. I certainly don't get soggy at the memory of some childhood knickknack; not do I want to deceive myself sentimentally about something that wasn't even true at the time — love of the old school, and so on. But if nostalgia means the powerful recollection of strong emotions — and a regret that such feelings are no longer present in our lives — then I plead guilty."

– from the novel The Sense of an Ending by Julian Barnes

Tony Webster (Jim Broadbent) is the narrator of this film directed by Ritesh Batra whose Indian drama The Lunchbox was one of our favorite films of 2014. It was a love story delivered with beauty, subtlety, and poignancy. This film has some of those same qualities. 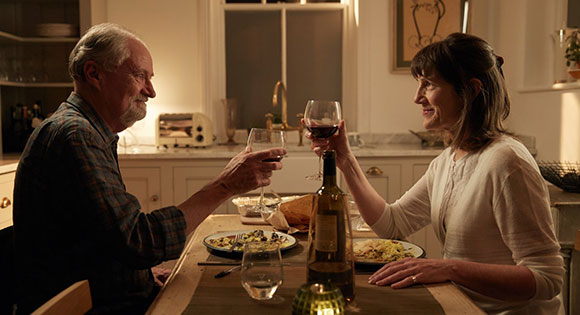 Tony runs a small camera shop in London and lives alone. He is divorced from Margaret (Harriet Walter). His daughter, Susie (Michelle Dockery), is pregnant and will need his help during childbirth.

One day Tony gets a message that takes him back to his youth and
his involvement with a pretty and mysterious woman. Not quite sure how to process his feelings, he calls upon Margaret to help him come to terms with the past.

"I thought of the things that had happened to me over the years, and of how little I had made happen."

Through a flashback, we see scenes of Tony (Billy Howle) at an English prep school with his friends. The newest member of their group is Adrian Finn (Joe Alwyn), an intellectual who stands apart from others and impresses them with his analysis of the tragic suicide of a classmate. Tony doesn't know what to make of this outsider and neither do his friends. 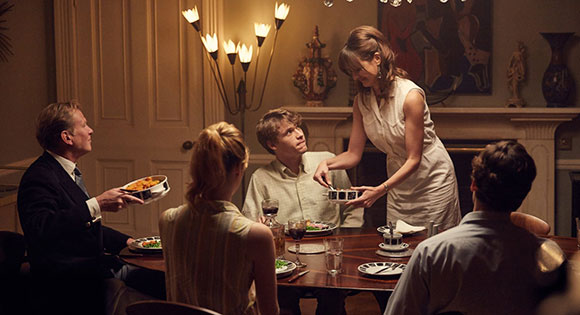 "What you end up remembering isn't always the same as what you have witnessed." 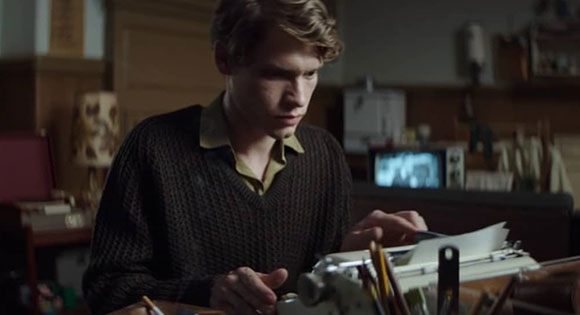 "Later on in life, you expect a bit of rest, don’t you? You think you deserve it. I did, anyway. But then you understand that the reward of merit is not life's business."

The letter that the older Tony receives says Veronica's mother has bequeathed him Adrian's diary in her will. Meeting up with Veronica (Charlotte Rampling) after many years, he learns she will not give him this inheritance. Still feeling regret about sending her and Adrian a hatefully rendered letter years earlier, Tony has a hard time salvaging anything from this detached and isolated woman. 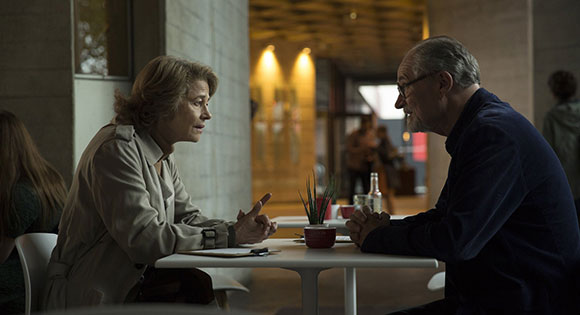 "Life seemed even more of a guessing game than usual."

This compelling drama will connect with anyone who has tried to achieve closure for a relationship or a set of disappointments from the past.